So after a few garage sale stops with uber son and girlfriend-in-law, we stopped at the store to pick up a few things Hubs needed to make Lasagne. He needed some ricotta cheese and some mozzarella cheese and something else, I don't remember what. Anyways at Aldi's where we stopped because it was the closest, they don't have ricotta cheese. Well too bad huh? I didn't want to make another stop darn it! But I see they have that Greek Yogurt everyone seems so excited about. A quick google search on my cell phone says......search results  YES! 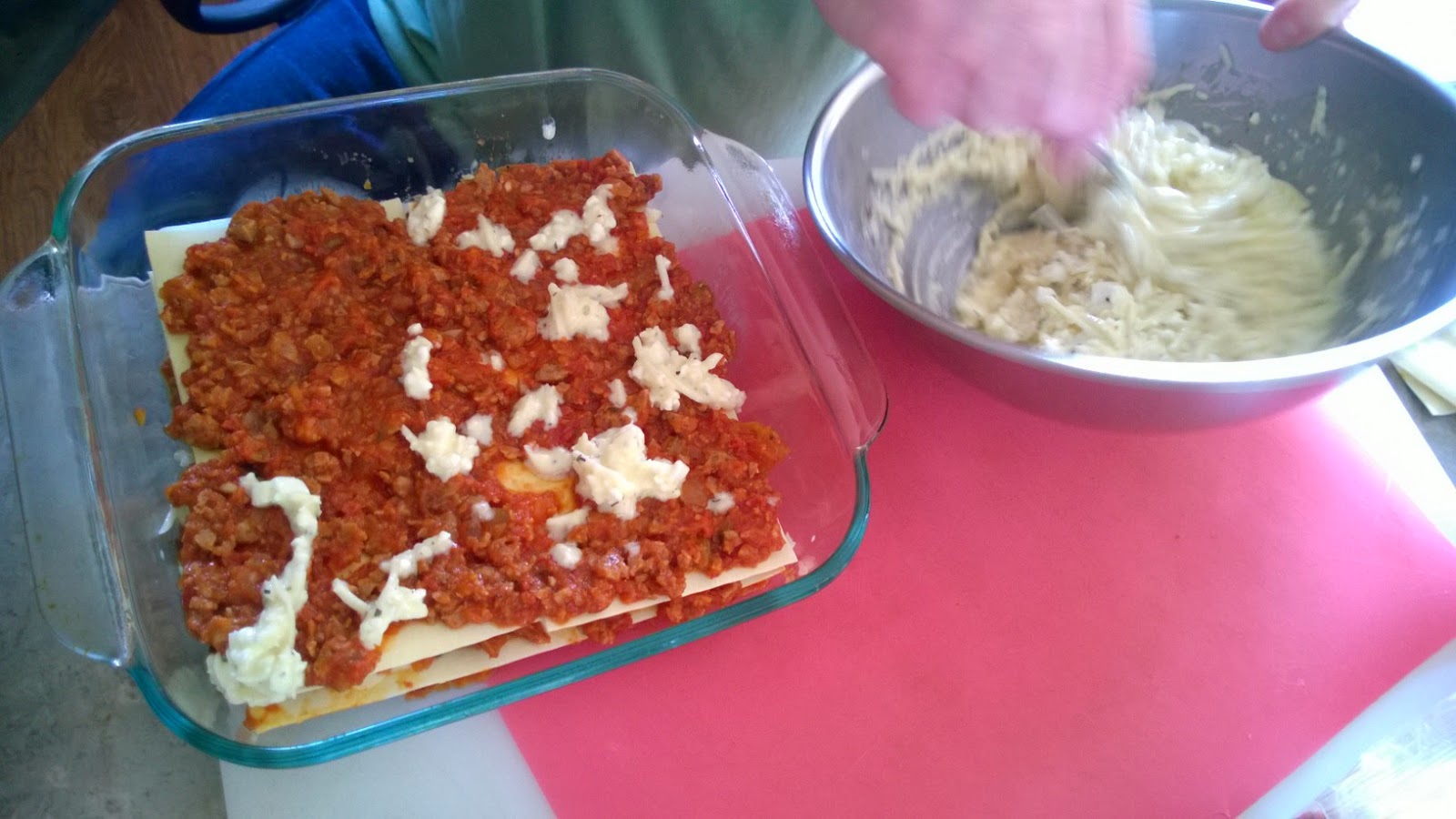 So I picked up the Greek yogurt and headed for home. Hubs was skeptical, but I showed him the Google results, see undeniable. SO he mixes the Greek yogurt with the cheese and what ever else he usually puts in there and proceeds to do the layering. Oh and BTW thanks Mom for the tomatoes that Hubs made this sauce with. 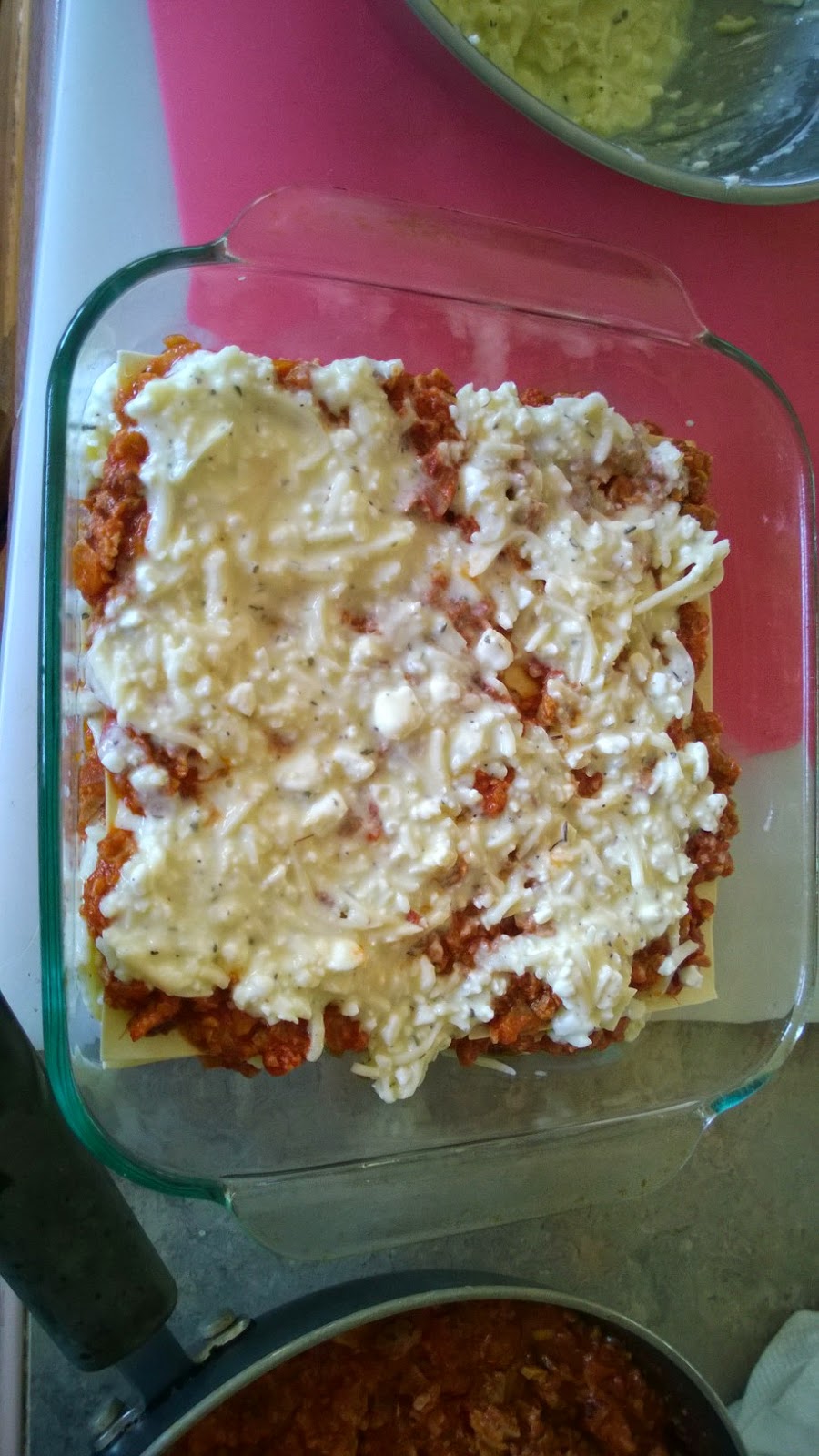 And TaDa it was wonderful! Probably the best lasagne we've had in quite awhile. 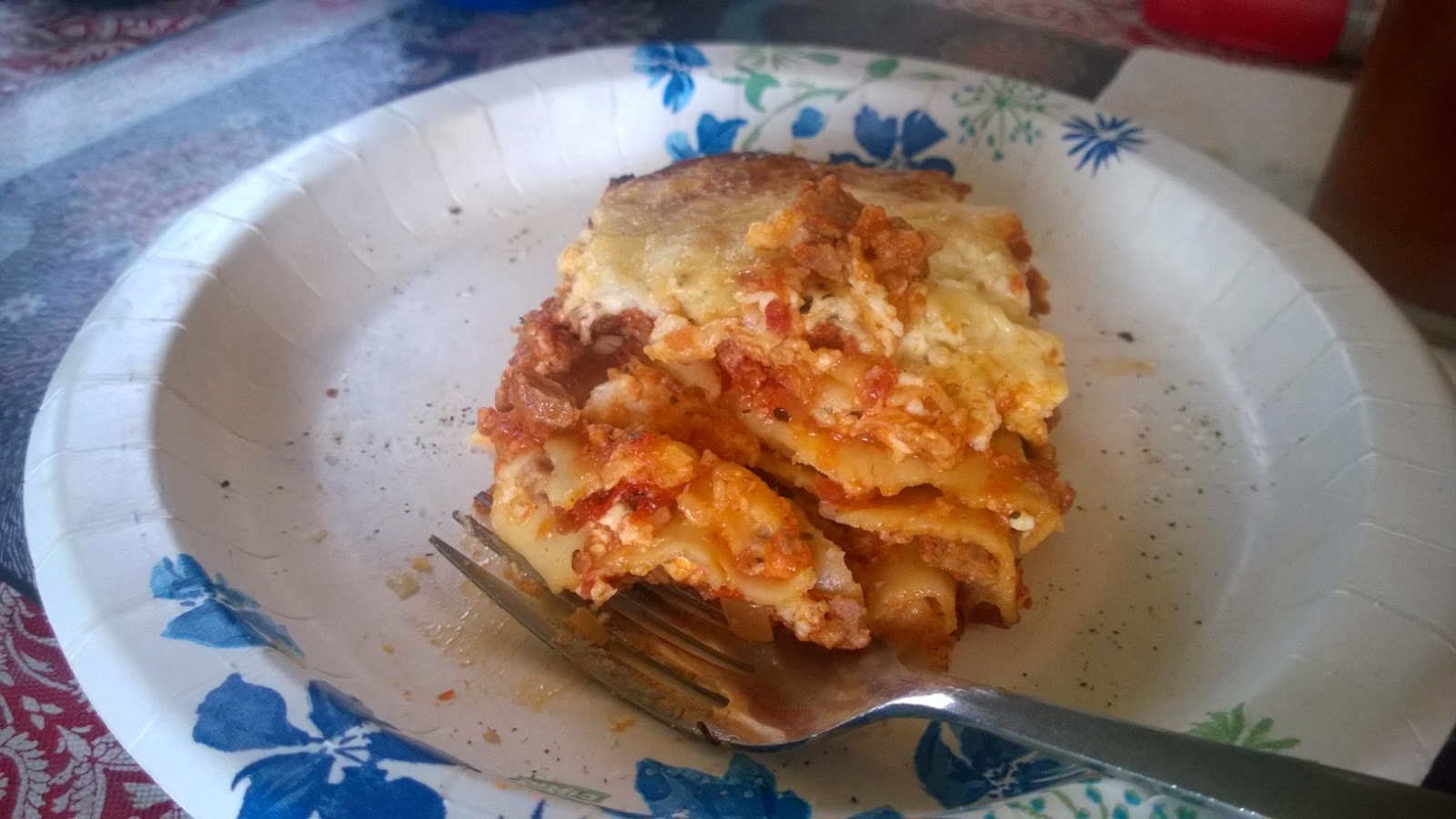 It stuck together just fine and had good flavor too. 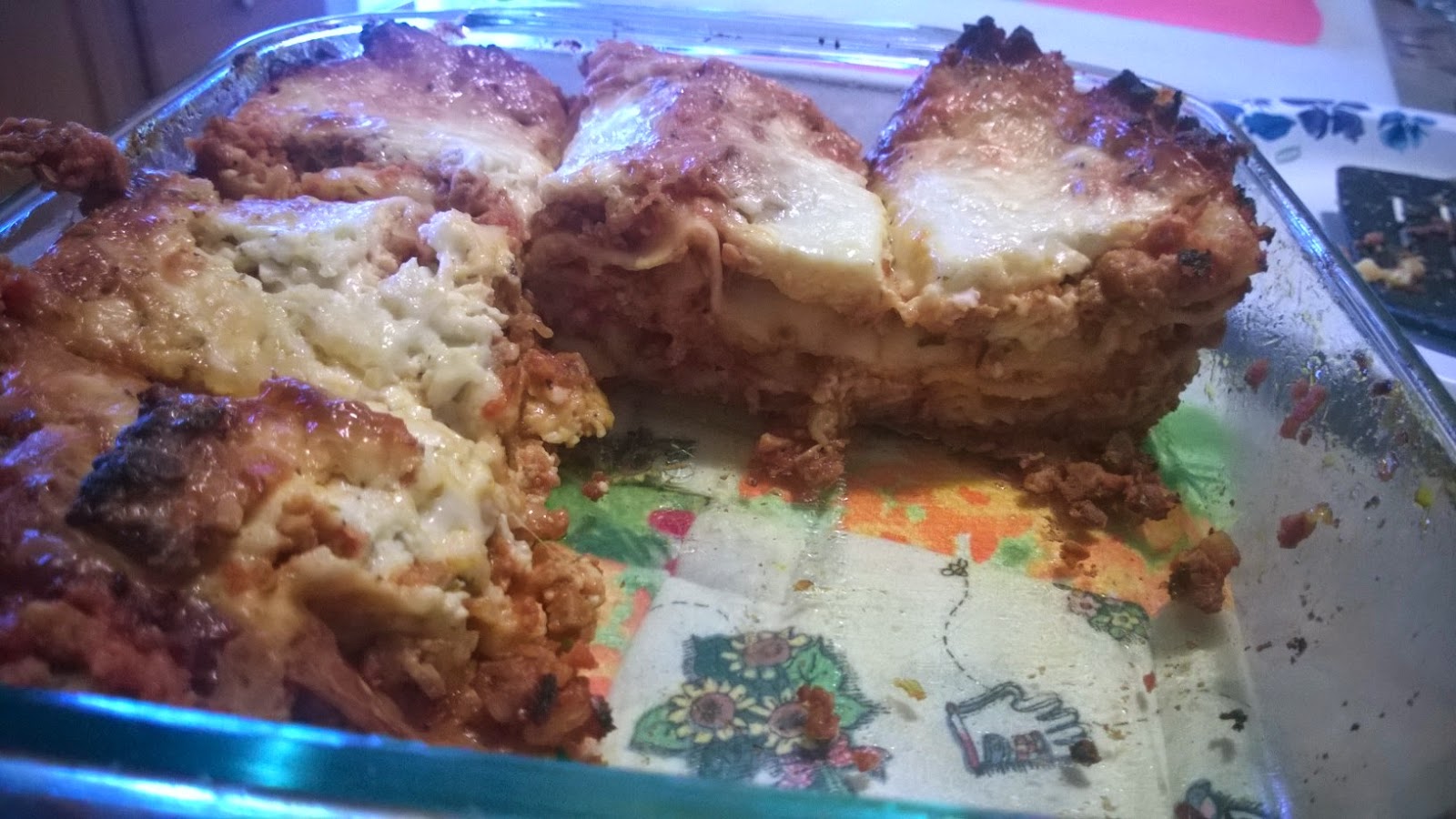 I'd say it was better than the ricotta because it didn't have to be drained like the ricotta does and it was so much easier and is available at all the stores we go to. SO a Google search success! I think I'll pin this now!
Posted by knuckstermom at 6:05 PM