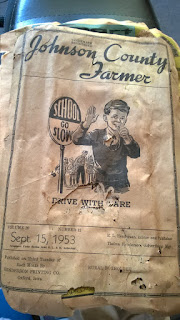 So I'm almost done with moving/selling/loading old stuff up for my friend who has moved to an assisted living apartment. But as I was emptying a picnic basket I came across this newspaper. The Johnson County Farmer. Published the 3rd Tuesday of each month by Henderson Printing Co. Oxford, Iowa. 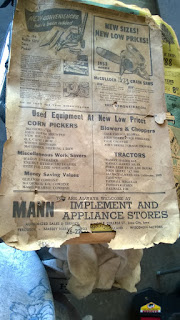 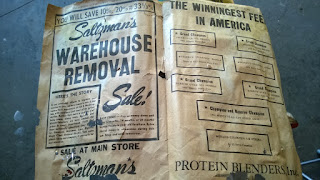 I don't know where Henderson Printing was located but on Sept 15, 1953 they had some ads for appliances, feed and drive safely for School! Some things never change. 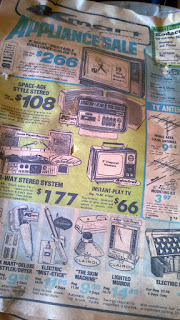 Look you can get a Space-Age Style Stereo! 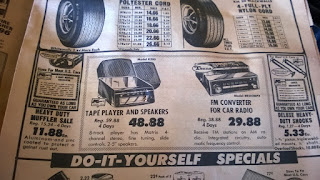 Boy I wish tires and shocks were priced like this today!  Although I don't think I want to see an 8 track tape ever again!! 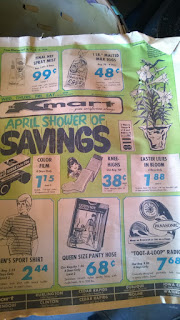 OOOhhhh, look at that bras and slips for only $1!! And you could buy a wig at Kmart back then! Only $19.88 Wonder why they don't sell wigs any more? Those boys cuff flare pants look like they would be a great seller! Every kid I know would want plaid double knit pants! 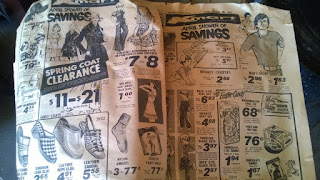 Thankfully some things do change! Now I need to give the dogs a bath.
Posted by knuckstermom at 4:59 PM