Snow Blowing in the New Year

So starting Last night (Tuesday Night) it snowed a TON! 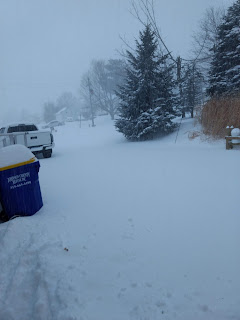 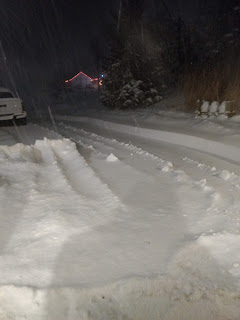 I chose to not risk it. Only I think the 2nd time in 24.5 years that I called off due to weather. 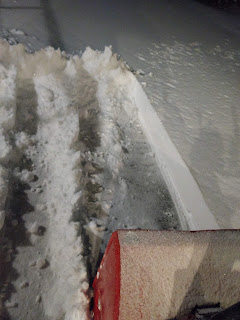 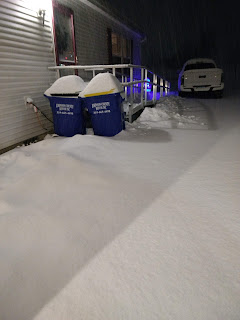 I got the driveway all cleared and shoveled the ramp-the heat tape is going, but it doesn't seem to be keeping up with this deep stuff! SO that was enough for last night! I'm in for the night and off for the holiday-yay snow! 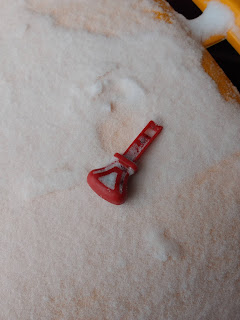 Today I go out to start the snow blower and it won't start! Turns over but won't take off .Hmmmm, I get to looking and see that the KEY is not in the spot where it belongs, where it has been for years!!! It must have fallen out last night or I brushed it out when I was putting it away for the night.  In a panic I get on line and hunt down local places that might have a replacement-there's way to much snow out there to try to find a little plastic key! I finally locate a place and DD, who is going into town any ways will stop and get it for me. The roads are good right now, so no big deal. I'm waiting impatiently and get to thinking that maybe there's a hack for the snow blower. 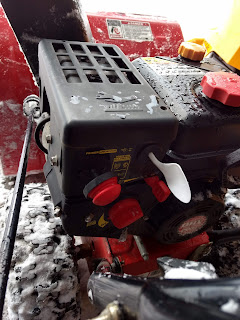 I take a look at youtube and what do you know!? there's a guy who says a plastic spoon handle will work in a pinch! WHAT!!! I've been waiting all day and I could have gotten going. I immediately get  a plastic spoon and go out to try it....OMG IT WORKS!!!

I start getting the new snow cleared and also try to keep an eye out for the original key, when WHIIING-there goes a red flash right out of the snow blower! It's the KEY!!! I finished the new snow and pulled out the spoon and plugged in the key. Now I have a spare! 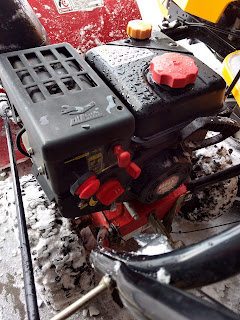 But I'm keeping my plastic spoon handy!!
Posted by knuckstermom at 3:42 PM