SO Hubs made the change from Dish TV to Southslope Cable TV. Dish wants their stuff back. So I got my handy dandy ladder-I love this ladder, I got it for Christmas one year from my Mom & Dad. Thanks Mom & Dad!! 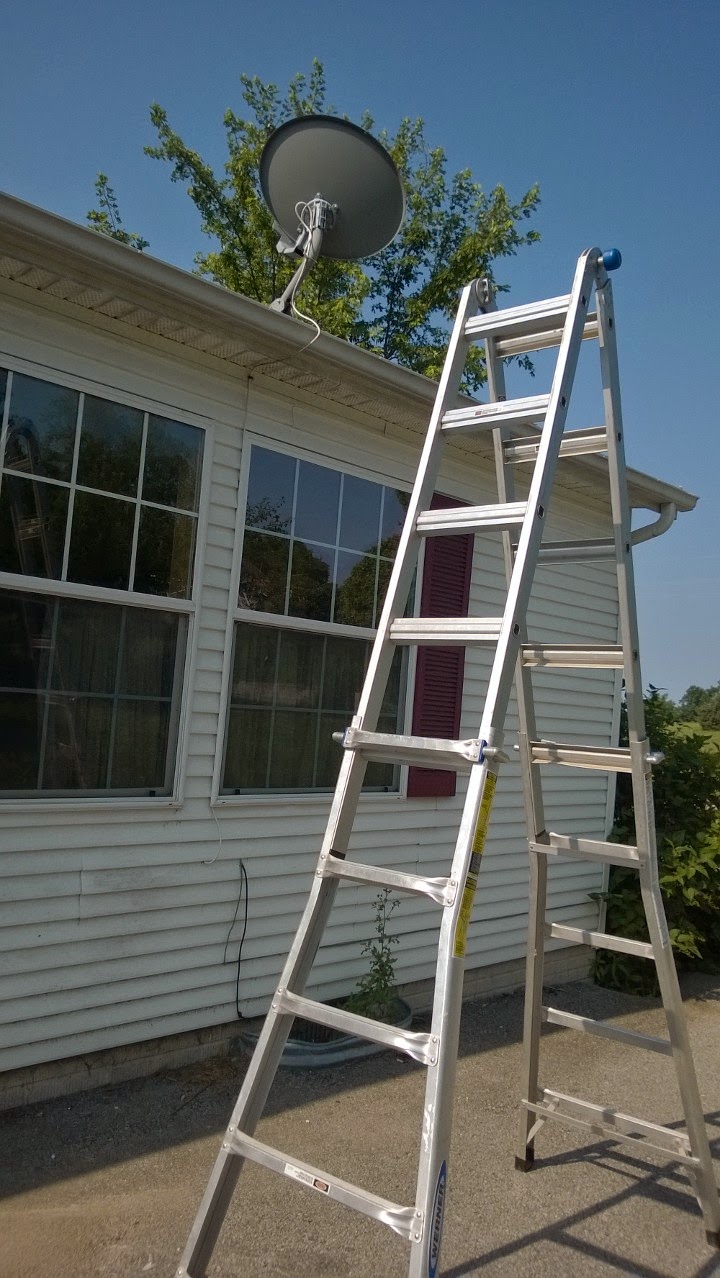 SO after adjusting the ladder and climbing back down to get the correct tools, I got the part they want us to send back off. It's that knobby looking thing sitting in the gutter now. I also removed the dish part too, because, well it seemed like the right thing to do while I was up there. 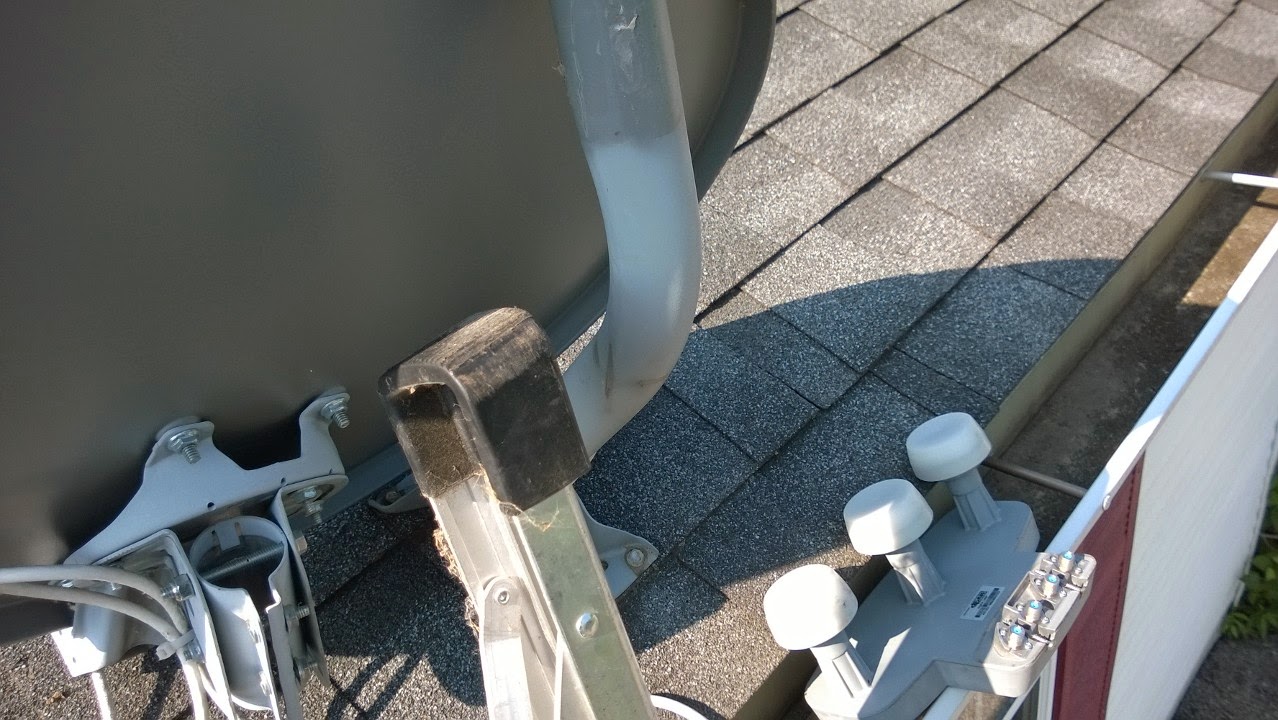 Well that's one thing done at least! Now to have Southslope come and adjust or fix or something, because their TV picture isn't anywhere near as clear as Dish was. See the reason he dumped dish was because they were just costing too much, and when we had a problem getting HD channels, they wouldn't come out and fix it with out paying a huge service fee. We had been with Dish for many years, but that did it for Hubs. He loves his TV, so he called Southslope and they came out. I'm sure there will be more to come on the TV situation around here!
Posted by knuckstermom at 11:28 PM

Hi Bonnie, Those t.v. decisions can be overwhelming.....hope this is better for you and hubs! Blessings~~~Roxie