SO for last Mothers Day I told my kids that I just wanted my driveway sealed. SO in preparation for that I bought this! 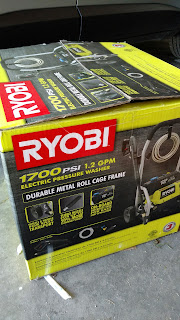 Look at this little beauty-I shopped and read reviews and weighed the pros and cons of gas power vs electric and brands and PSI...it was tiring!! 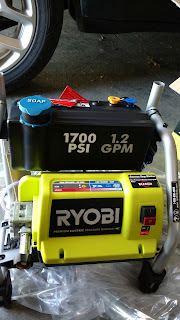 Anyway I made the decision to pop up to the Home Depot in Cedar Rapids and get this one-it was around $130. 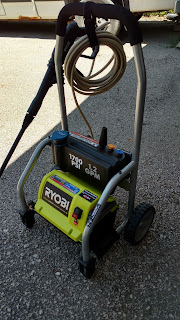 SO I got it all assembled and decided I better give it a test run before we attempt the BIG driveway project. 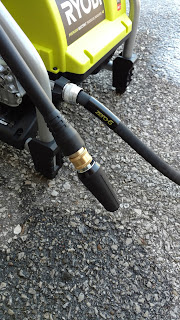 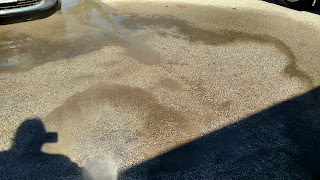 I started out to clear the north corner that always has a mud puddle in it..... 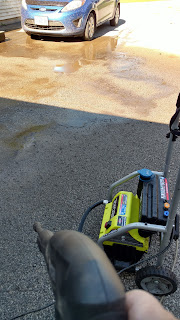 Well it still has a water puddle but boy does the crud come off the driveway easily! 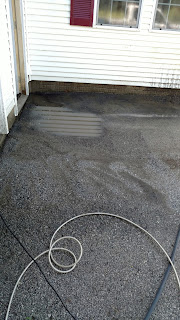 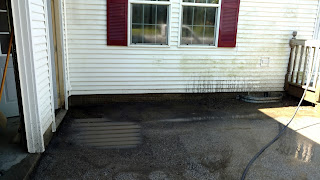 And I tested it out on the side of the house-being in the shade all the time I get this green fungus-mossy stuff on the house. You can see what a good job it did (on the left part) without even adding any detergent! 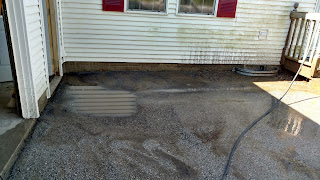 Whoo-hooo! I think I have a winner here. Time to go to work though, so I'll put it away until the weekend of the BIG driveway project. 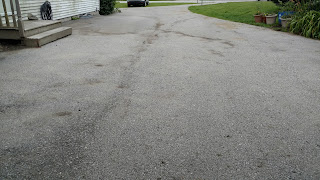 Forward to Saturday!  I've got the cars and pick up moved over to the grass and the planter pots moved. 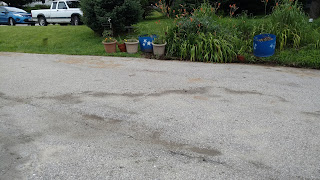 I get the porch steps pulled out to clean under there...it's like a beer can saving account under there!! And I also dug out the edge of the driveway where the hillside is a victim of gravity. And I re-stacked the darn pallets that have been living at the end of the driveway for far too long. 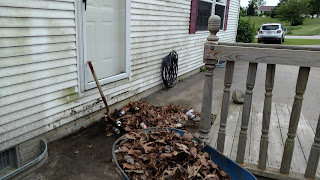 I get the power washer out and hooked up and ready to go, and make rope to tie off the ends of the driveway too. 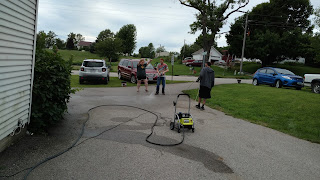 YAY! The family is here! Now the planning really begins! 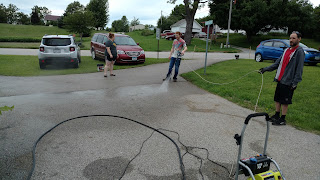 Uber Son takes over the power washing, we have to add a hose and a longer extension cord to reach the ends. But it's going pretty well. We'll start with the two ends of the circle drive and work towards the garage. 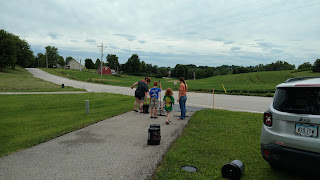 The kiddos jump in to help...you can bet that won't last long...and we start pouring the sealant and using the broom & squeegee to spread it around, 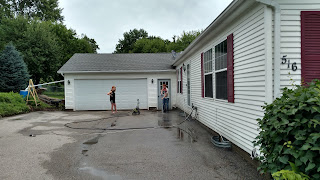 Somewhere about this point the conversation is full of things like..."next time we're hiring someone to do this-are you in, yeah, we can split the cost".... 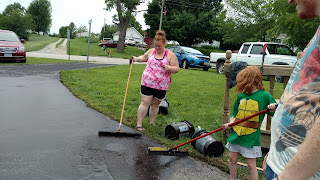 I had to point out to my kids significant others, that when Uber Son and DD start arguing about how to do it, just imagine a 5 year old and an 8year old and it's the same as a 25 year old and a 28 year old. 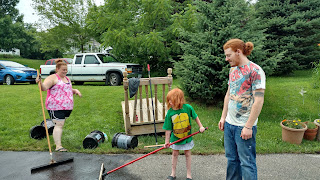 Little Jaymie stuck with it off and on for quite awhile..... 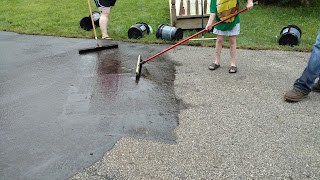 And Kaitlynn discovered the toads that live in the window well. Kevin could see where this project was going and walked home. Smart kid. 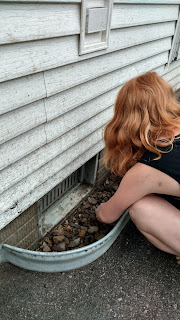 But look we're getting closer and closer to the end! 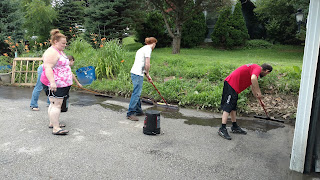 WOW! Doesn't it look great! It's not too much more! 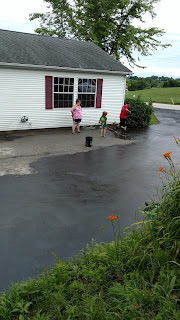 I was so glad it was such a nice day , not too hot only around 60, but it's a lot of work so breaks are necessary!! 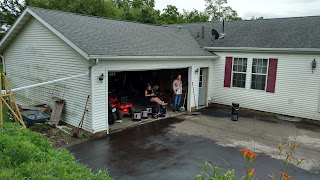 My kids finish up the last corner while arguing about how to do it and bickering about who's not doing it right. 5 year old and 8 year old..... 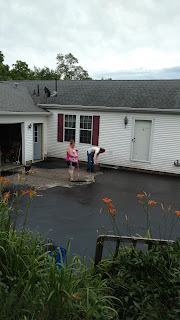 But at last it's done. Is it perfect? Not really, but it's about 1000 better than it was. Was it a lot of work? Yes! The preparation was more work than the actual spreading of the sealant. 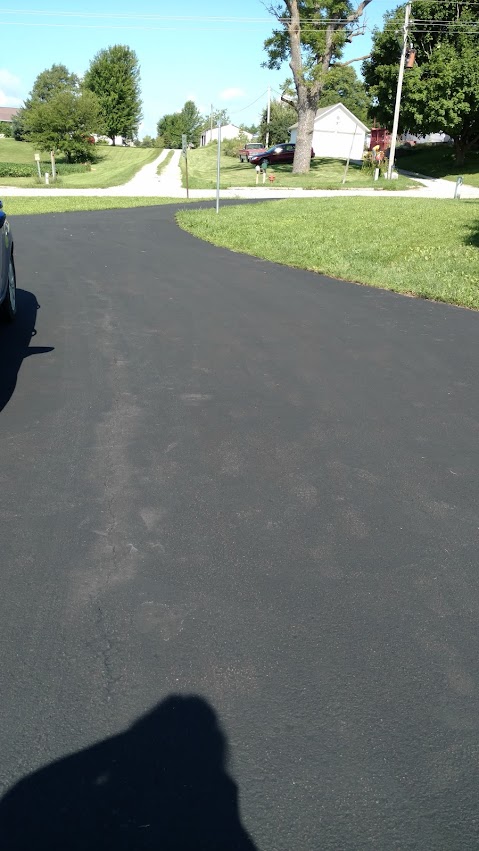 Did we learn a lot? YUP! I'm so thankful I have kids who are willing to help me out with these kids of BIG projects. Let's see what's next...

Posted by knuckstermom at 10:12 AM