Well we had a great vacation last month-I've had a few issues getting my photos to load into my blog, but at last!, here it is! 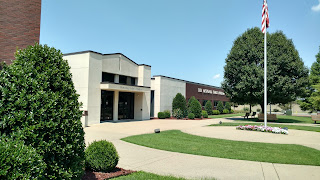 Our first stop on Monday was at Paducah KY. I was excited to visit the National Quilt Museum. Unfortunately, it did not meet any of my expectations. I should have saved the $11 admission fee. The people working there were less than helpful, barely polite, and the displays, while beautiful, were hardly any kind of representation of the American quilt. 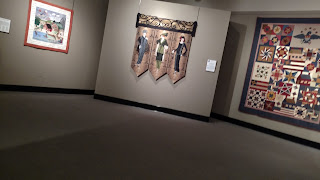 I snuck this photo-you're not allowed to take photos- and as you can the quilts are lovely works of art, but many of them are from foreign counties, and sponsored or donated my major quilt publications. There was nothing to represent the history, or the regional quilt makers. I spent only a short time there and decided to move on to visit the famous Hancock's of Paducah fabric store. 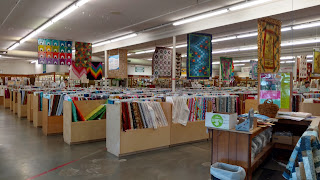 I wanted to pick up their copy of the Row By Row pattern. They too were less than welcoming, I was once again disappointed by the store. It is large and has a lot of fabric, but it seemed like it was a lot to ask of the employees to answer a question. Anyways, I got the block pattern and we had some time left so I popped in to the Quilt In A Day quilt shop-yes, it's Elinor Burns store. It is housed in a semi re furbished storefront, not far from the museum.  I loved the vintage floor tile, isn't it pretty! 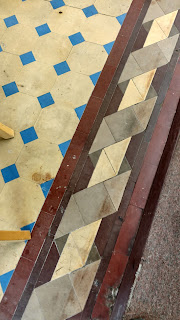 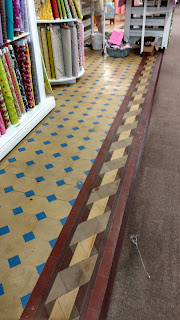 Well Paducah was sure a bust, the motel we stayed at was awful! It was an accessible room, and it had a nice level floor shower, but there was no shower chair at all! The housekeeping person finally brought in a dining room chair for Hubs to use! WOW! The bedspread had a stain on it and there weren't enough outlets to plug in our electronics! We did have a nice Mexican dinner at this restaurant, Las Amigos.  I was glad to leave Kentucky that's for sure!! 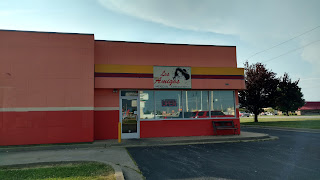 Our next stop was Mt Airy, NC. It's the home of Andy Griffith, and has the Andy Griffith Museum and theater. The whole town embraces the Mayberry theme, and as you drivr around you can see thinga like Wally's Gas station-where Goober worked, a replica courthouse and Aunt Bea's Bed & breakfast. 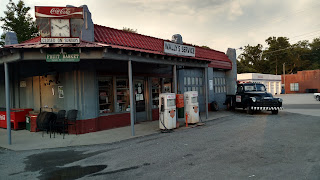 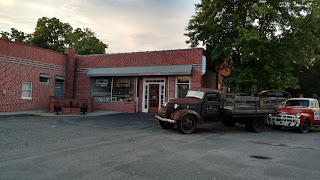 I stopped for a selfie with the Taylor's in front of the Museum. 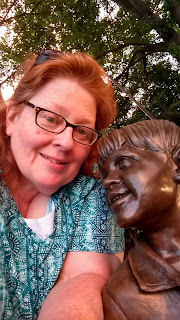 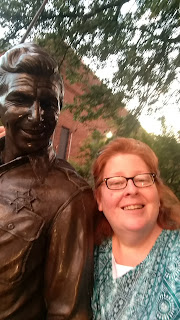 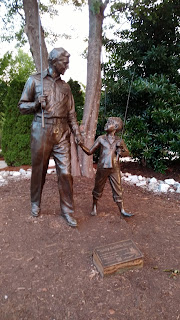 Inside the small museum are nice displays of the various roles Andy Griffith played as well as mementos from the show and other cast member items. 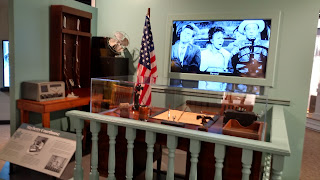 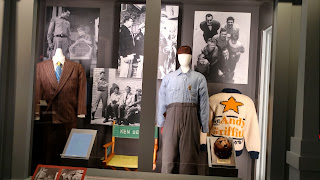 The displays were all nice and while it is a small museum, it was worth the money I thought. 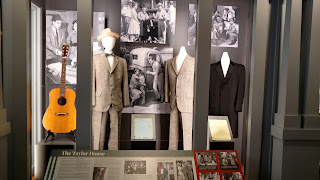 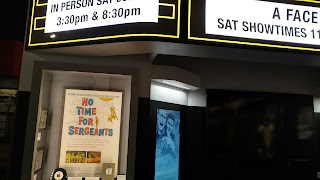 It was fun to see all the mementos! 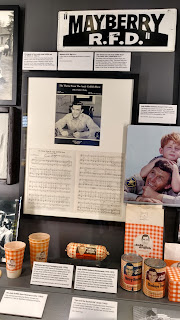 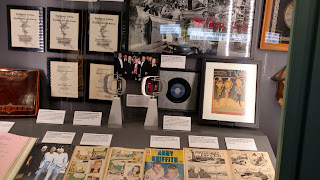 And look here's Andy's shirt too! 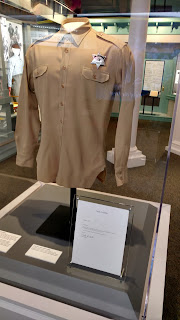 Included with the Andy Griffith museum is also admission to the Chang & Ing Siamese Twin museum. The twins resided nearby in the mid 1800's. 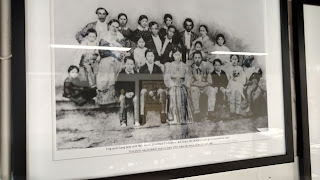 Now there's something you won't see anywhere else! 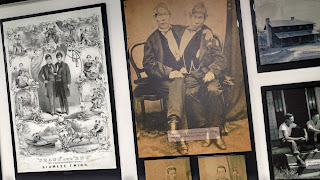 SO the start in NC was a lot better than Kentucky! 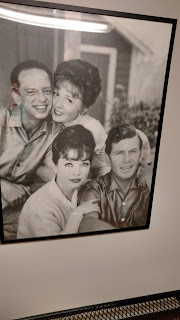 Plus they have a sewing machine store and a quilt shop that were participating shops in the Row by Row, so I was able to get two more patterns while we were in town. Such nice people in North Carolina! This shop is Oopsy Daisy Fabric Boutique. 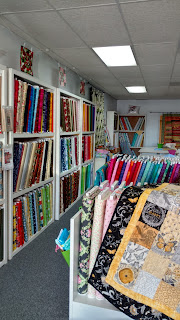 On the way out of town you can see Pilot Mount, called Mount Pilot in the Andy Griffith show. 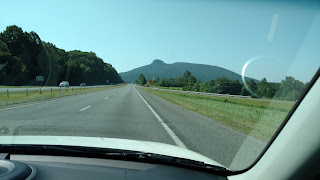 SO on to the OBX! That's how they abbreviate the Outer Banks!
Posted by knuckstermom at 10:58 PM