So the ladies at my church make noodles to serve and to sell for the annual bazaar & supper-which is coming up soon, on November 3. They put out the call for help and a group showed up to learn the secrets of Church-made noodles. 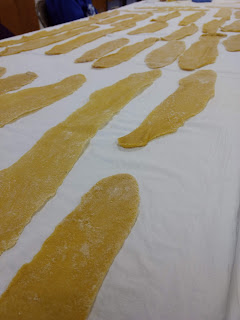 I had a little time before it was time to go to work so I stopped by too! The process begins with mixing the dough. Marie's husband Larry took care of that by keeping the mixer going. 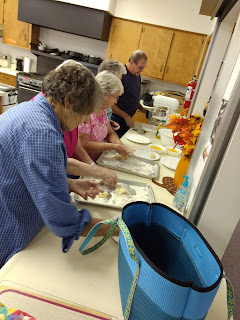 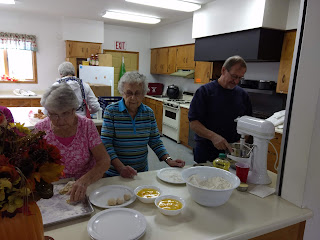 Another person kept the eggs coming-cracked and in a bowl, ready to add to the flour-regular and semolina flour-I think that's the secret!


Then the assembly line continues with the next ladies in line making the big glob of dough into smaller balls and then the smaller balls are sent over to the folks running the pasta machines. The balls get run through the machine twice, once at number 3 and then through number 5. It's just like play dough! 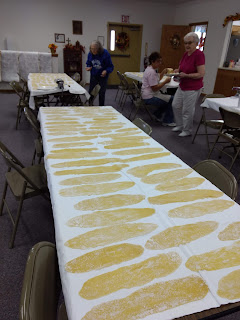 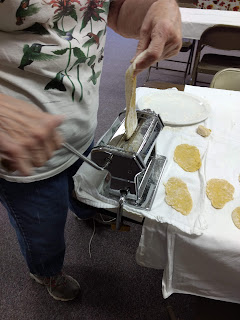 Then as the dough is pressed into sheets, they are placed on the tables covered in sheets to dry. There were about 11 folks there, and we got done in just about an hour! I had to go so I didn't get to see the cutting and packaging. But the hardest part was done!  I think I was the only one there who had to go to work-ie: likely the youngest person in the room!

Posted by knuckstermom at 5:05 PM