So, I've been working quite a bit of OT lately. And so I had some spare cash...haha-spare...too funny.  Anyways, after sleeping on the Hilton Hotel bed, when I traveled to Louisville with my sister, I decided I needed a new bed at home. SO I shopped around on line, and compared and read a lot. I ordered this.....it was on sale! I paid about $500...thank you OT! 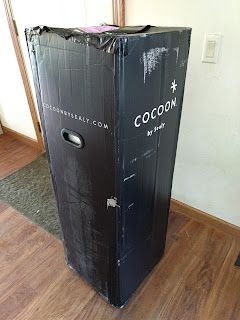 Cocoon Chill by Sealy mattress. It comes in a box and is all rolled up in there.  It took about a week to come. It's a memory foam mattress, and it's made in America! Not all the mattresses like this are...I read a lot! It has this covering on it that's supposed to be cooler than other mattresses. We'll see. 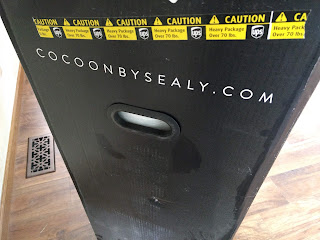 It's pretty heavy, I shuffled it off to the bedroom and popped it open. 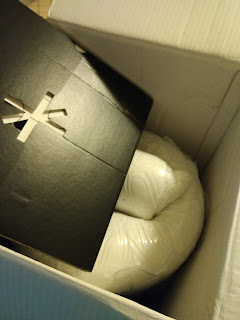 Hmmm, well it looks like it will work fine. 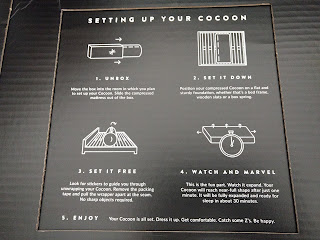 I dumped it onto my existing box spring.  It says you can put it on slats if you want, but I kind of like the higher bed-keeps dogs off a little bit better. 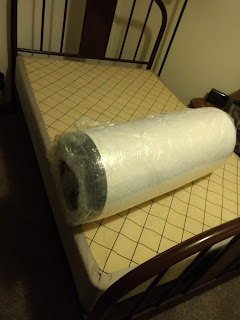 It's folded and rolled up tight. 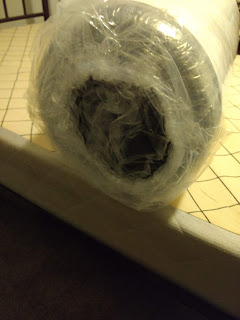 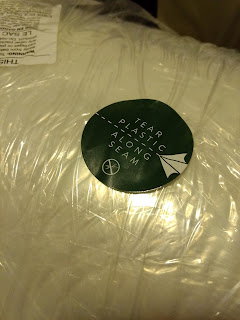 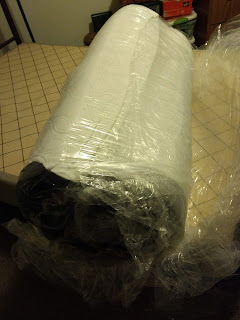 And it starts unfolding all by itself! 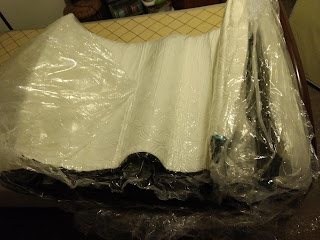 Here it comes! Wow! It's really sealed in that bag, and pops right up when it's released. 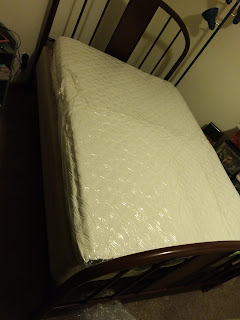 It took maybe 5 minutes for it to completely un-smash. 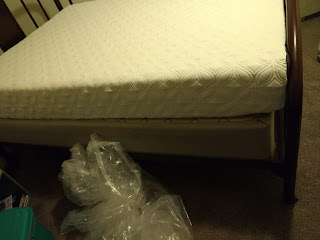 We bought the full size mattress, we don't really have a lot of extra space-I'd have to cut back on sewing space- and it seems like it fits on the box spring base fine-maybe it's about an inch bigger. I don't think it will be a problem. 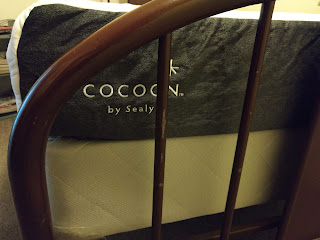 So there it is, the Cocoon Chill mattress. I'll report back in a few days-after some sleep!
Posted by knuckstermom at 7:25 AM