I forgot to mention what I got DD Dannie for her birthday. I went shopping at one of the antique stores over in Amana, but didn't want to spend quite that much on a single item..... 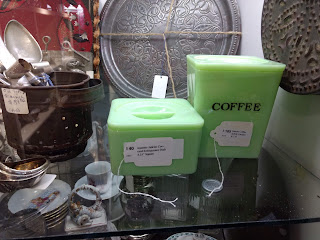 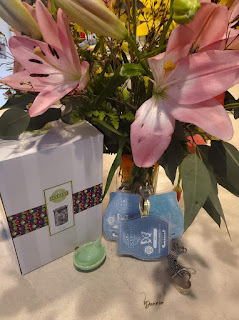 SO I got her this tiny little Jadeite Chicken! We all know how much she loves chickens-HAHAHA NOT! I also got her a new Scentsy and a name necklace and a heart necklace and some really beautiful flowers, as you can see in this photo she took. The flowers WERE very pretty until I tipped them over leaving the florists driveway. Gahhh! I broke one of the lilies. Grrrr! Anyways, she loved them. I also finished this hawkeye quilt the other day. 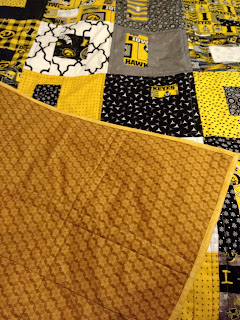 So These pictures loaded backwards-here's the finished quilt! 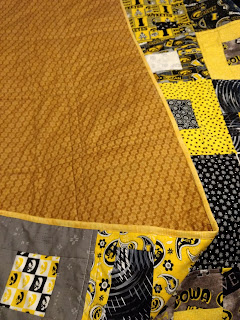 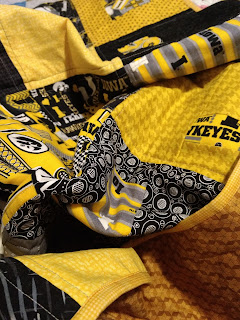 I like the way it turned out. It's a pretty cute pattern called Skylight from the Missouri Star Quilt Company. Here's the link to it. 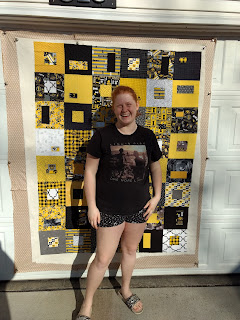 I was outdoors spray basting it and Caitlynn stopped by to ask me to fix a dress for her....later. It was a super nice day almost 60 degrees! 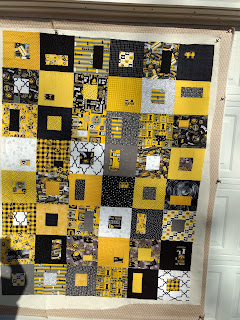 It looks a lot better in the daylight! 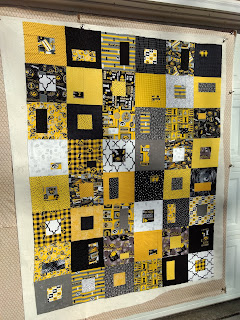 I like the little surprise boxes-everyone else who saw it while I was working on it didn't really like it. 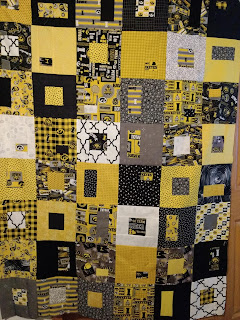 Here it is indoors. 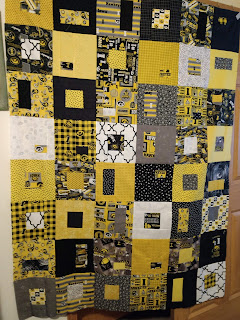 Those Hawkeye fabrics really work well together I think. 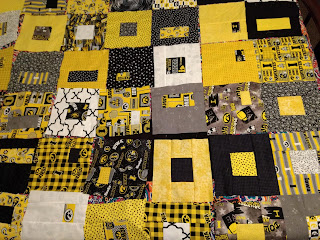 I've been collecting black & gold to coordinate for quite awhile. Here's the blocks laid out on my design bed. 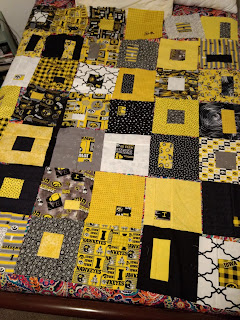 I think I made one more row than the pattern called for.
Posted by knuckstermom at 9:12 AM