I almost forgot I volunteered to bring a salad for the church supper last Saturday. I was up early and stirred up this green marshmallow salad real quick! Do you think anyone buys pistachio pudding for anything other than to make this salad? 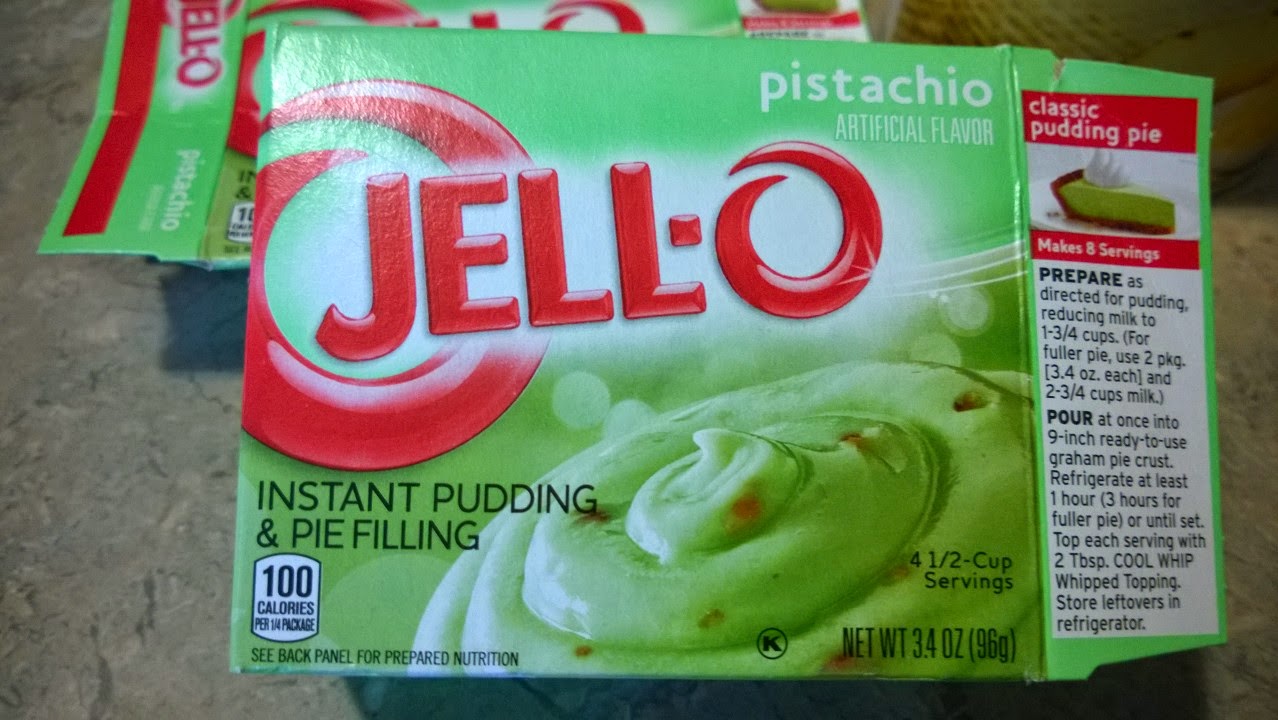 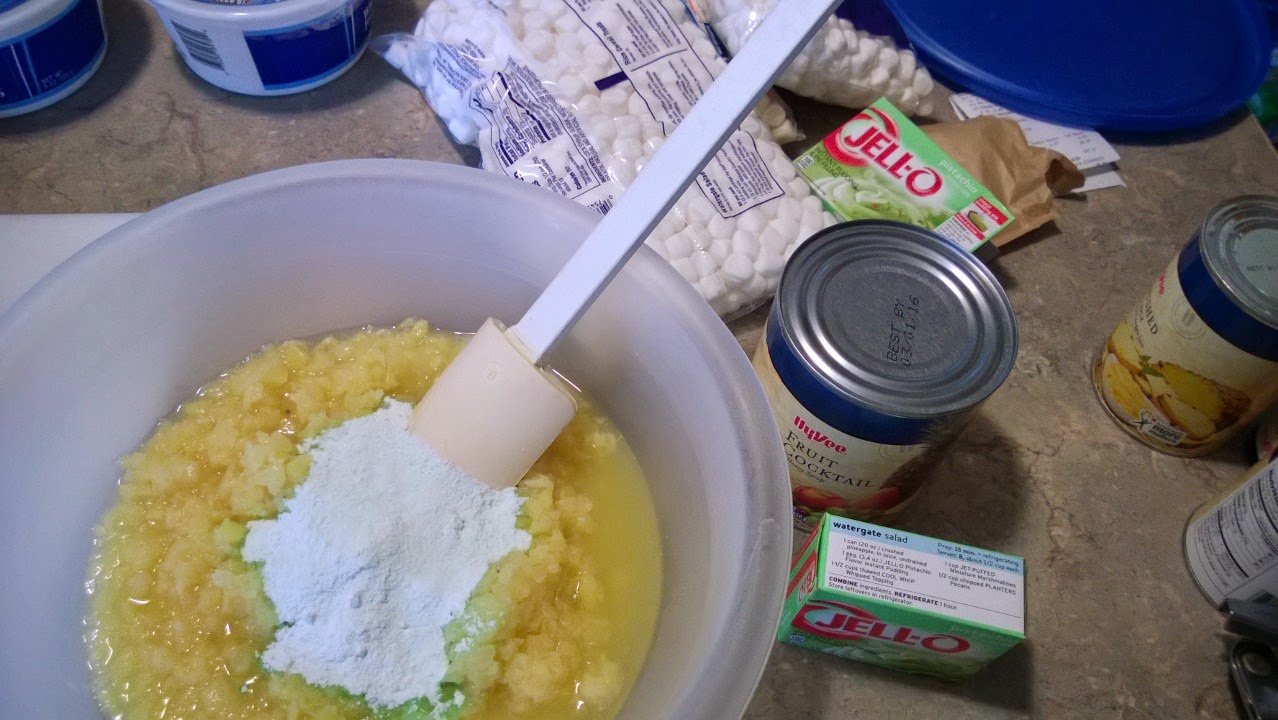 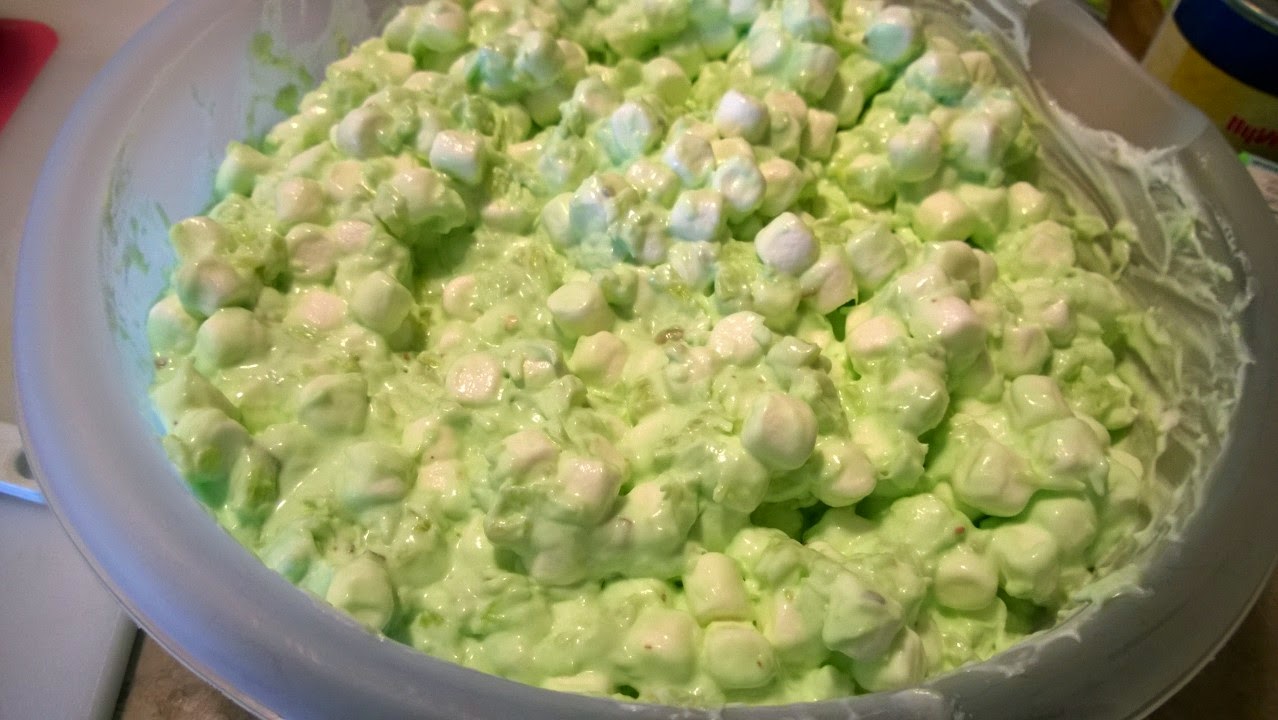 Lucky for me it's fast and easy! The recipe is on the Jello pudding box.
1 20oz can of crushed pineapple
1 pkg of pistachio Jello instant Pudding
1 1/2 cups of cool whip
1 cup of small marshamllows
Stir it up and go!

They call it Watergate Salad...wonder why that is? 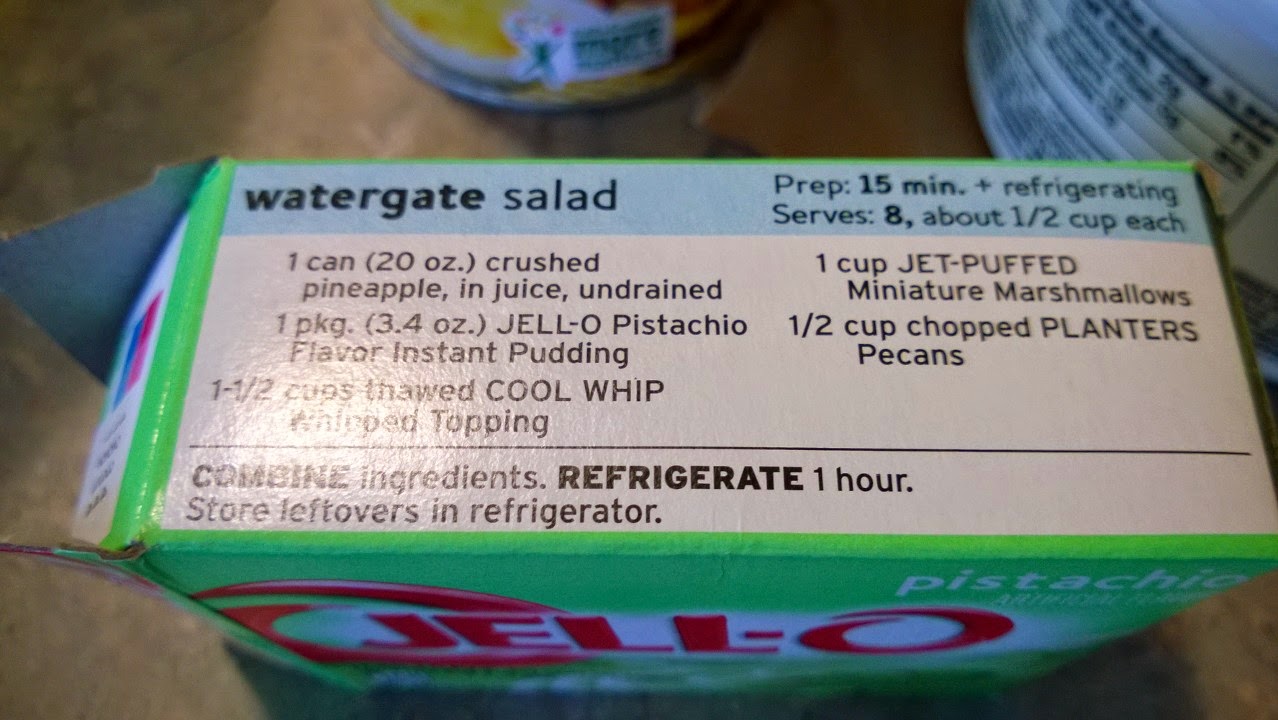 Thanks Google-Wikipedia says this...
The origin of the name “Watergate salad” is obscure. Kraft Corporate Affairs said, "We developed the recipe for Pistachio Pineapple Delight. It was in 1975, the same year that pistachio pudding mix came out." Kraft, however, didn't refer to it as Watergate Salad until consumers started requesting the recipe for it under the name.
Watergate Salad took off in popularity during and after the presidential scandal which shares the same name. Syndicated household advice columnists Anne Adams and Nan Nash-Cummings, in their "Anne & Nan" column of October 9, 1997 reported that name came from the similar "Watergate Cake" (which shares most of the same ingredients): "The recipes came out during the Watergate scandal. The cake has a 'cover-up' icing and is full of nuts. The salad is also full of nuts."
So now we know! Thanks to Jello, I'm done with the salad commitment.
Posted by knuckstermom at 6:09 PM