SO I drug Hubs off on a day-trip to Dubuque, Iowa. They have a relatively new place there called The Mississippi River Museum & Aquarium. 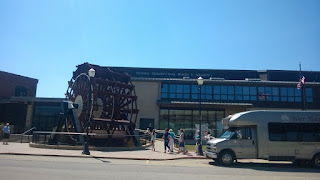 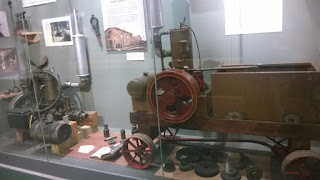 They have displays of things used to work on the River, how barges work, how locks and Dams work, all about conservation and all about the history of the Mississippi River. 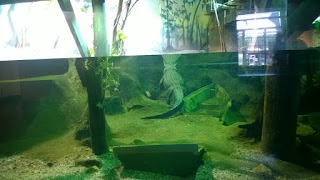 And they have an alligator! And lots of different kind of fish and turtles that are found in the Mississippi River. 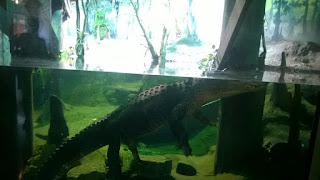 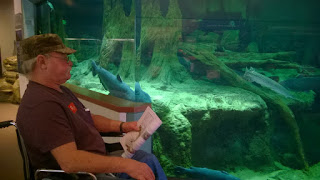 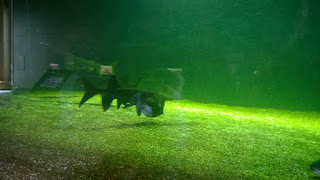 Look at this bizarre fish! It's see through all they through its gills and the mouth just hangs open! 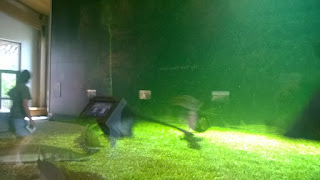 It's the weirdest fish I ever saw! And one more reason the keep your feet out of the Mississippi River! 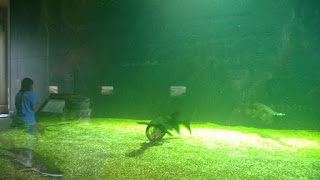 They had a ton of big fish and things you never knew were in the River-snakes, turtles, all kinds of crabs....And they had the traveling Titanic Exhibit too. 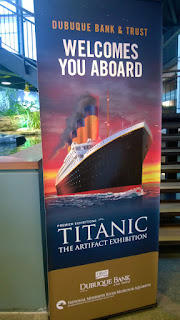 Unfortunately photos are not allowed-Oh sure they will take your photo as you enter the exhibit...for a price! Anyways, the exhibit was pretty cool. Lots of information on posters on the walls in addition to actual artifacts from the ship wreck. Things like plates and dishes from the kitchen, different bolts and parts of the ship, and many personal belongings of the passengers. 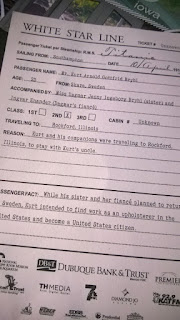 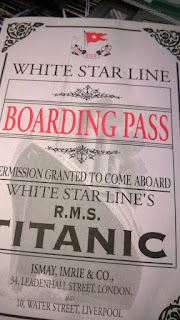 They give you a card as you enter that tells you about a passenger for you to emulate. I had  Mr. Kurt Arnold Gottfrid Bryhl, traveling in 2nd Class with his sister and her fiance from Skara Switzerland to Rockford, Illinois. When you get to the end of the exhibit they list those who survived and those who were lost. 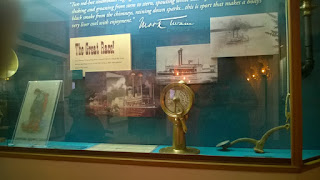 There are lots of things to see in this huge museum. There are also a lot of hands on things for kids to check out. 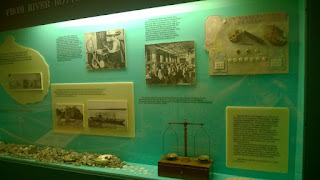 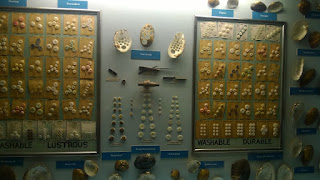 And fun local displays too. This is a pleasure boat built by local residents back in the 1920s. 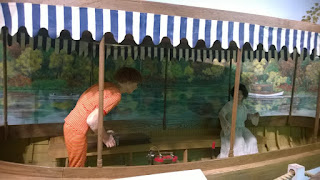 As you move from building to building, you learn about the earliest days of the Mississippi River and how it affected peoples ability to travel and trade and encounters with native Americans. You can go outside too and there are ships for you to walk through, and places for kids to play outside. 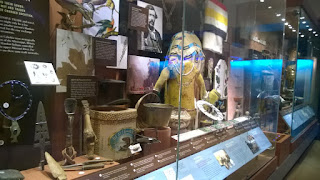 Nice views from the patio. It was worth the $20 per person to see the Titanic exhibit as well as all the other stuff. They also show several different movies in a 3D theater. We didn't do the movies though. There is also a boat shop where they are building different kinds of boats and using many tools from past eras. 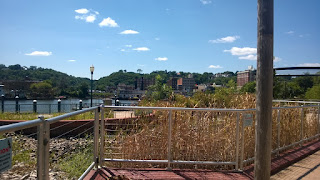 We did go to a couple of other cool places and I'll tell you about them tomorrow!
Posted by knuckstermom at 9:49 PM