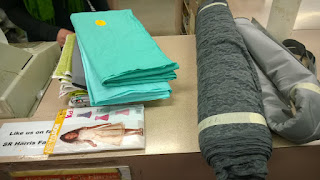 So I forgot to say, out of all that fabric at SR Harris, this is what I bought. 14 yards of taffeta & lace, and some quilt cottons. I do have some restraint, see!! 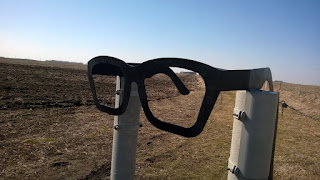 So as we  travel to Minnesota we pass right through Clear lake Iowa on I35 North. I had been to the Surf ballroom-the place where Buddy Holly & Richie Valens & the Big Bopper all played their last concert before perishing in a tragic plane crash nearby in 1959. Well there is a memorial marker at the field where that plane crashed. It's giant pair of eye glasses-the iconic Buddy Holly style. We made a quick stop-it's just a few miles outside town... 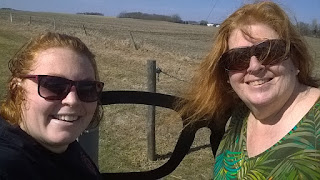 And I want you to notice that we were NOT the only people out there that morning! 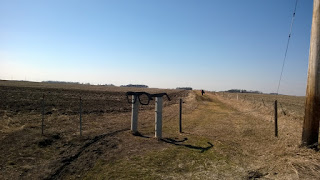 There was another group of folks who were hiking out into the field to have a look around too. Anyways on to Minneapolis. We arrived in great time and had some chat time with my favorite cousin in Minneapolis! 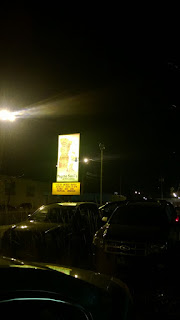 Then we headed out to supper at Psycho Susie's! Uber Son and me had been to Susie's before-several years ago...well like 8 or 9, but she has moved to a new location! 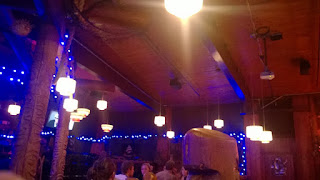 And they had a band!! Exotic-a-go-go was the band's name. They were really great! I mean how many times do you go somewhere and they play a MARIMBA? AND a MELODICA!??!!!! 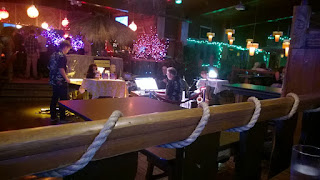 These guys were crazy talented-they all played several different instruments and it was like a fusion of Hawaiian luau music meets band class, meets classic beach movie soundtrack. 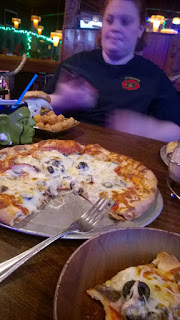 See that green shrunken head beverage mug? Yup, you guessed it-adult beverage-but to me it tasted like green Hawaiian Punch-good thing I was driving! 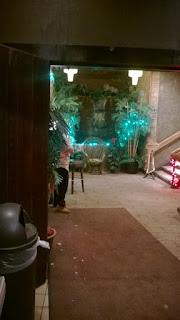 The pizza was great and I'm so glad we went to Psycho Susie's! 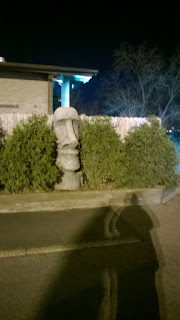 So we had some time the next day and we wanted to stop at Duluth Trading Company-you've seen their commercials, right? No stink, no sweat, buck naked underwear? The cure for plumbers butt T shirts? Well we love the commercials and wanted to check it out! 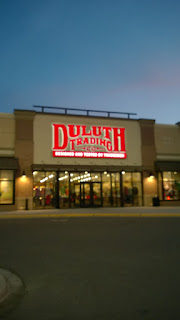 They have a very nice store and very nice people there too! 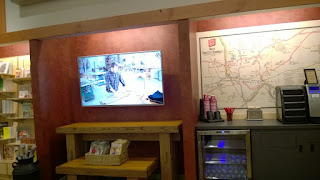 We chatted with the employees and they knew all about how the company started, and how they came top have such great commercials and lots of fun things. 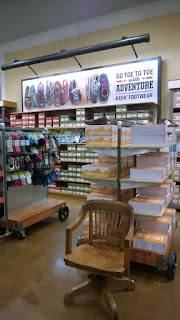 They sell all kinds of rugged stuff-shoes 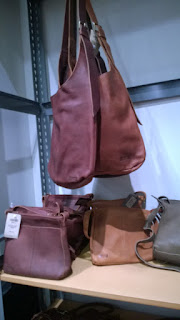 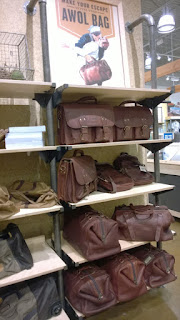 and outdoor gear in addition to the clothing they are famous for. 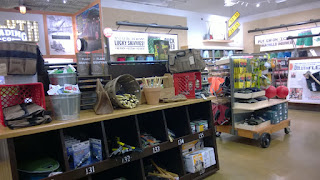 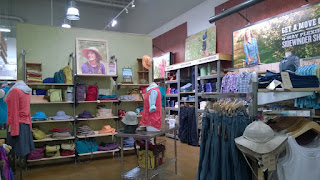 I bought Hubs some of their underwear-just letting you know though, they aren't exactly cheap. About $17 per pair for underwear. Well, Hubs, you're worth it!!! 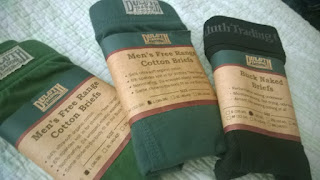 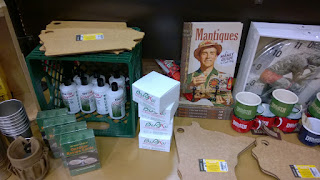 So after we got done we popped over to the Texas Roadhouse for some supper. Now, you may know that we go to places we can't go to at home when we travel and yes, we do have a Texas Roadhouse where we live, but my favorite cousin in Minnesota, only has one and it's kind of far from her house, so she never gets to go there, so we bent the rules a little bit. It was delicious of course!! 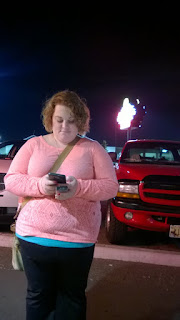 Even though the wait was pretty long-and we called ahead too! Oh well, those rolls are totally worth it, right?!!
Posted by knuckstermom at 9:31 PM