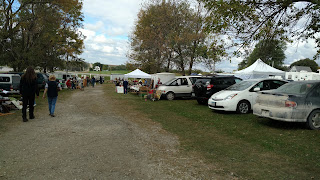 SO, I made the journey over to What Cheer, Iowa today! They have a big flea market 3 times a year at the Keokuk County Fairgrounds. I had never been here before. 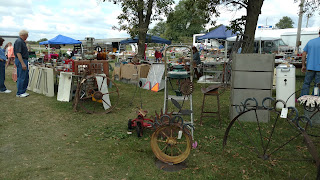 There are vendors EVERYWHERE! Outside, in the livestock buildings, in the race track, on the sidewalks, every space has stuff!!! 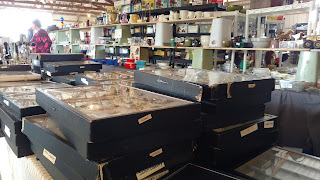 Since it was Sunday a few vendors had already moved out, but there was still so much to see! 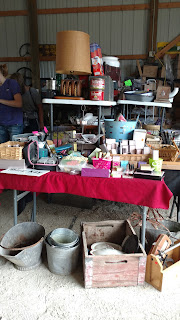 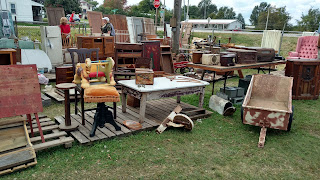 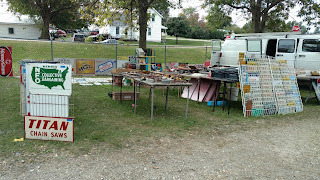 Lots of license plates-some vendors had them cut into individual letters so you could craft your own project out of the letters. 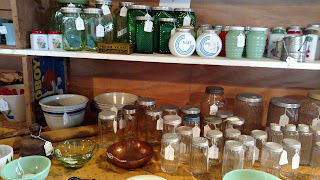 Lots of vintage glass, see those green salt & peppers-they wanted $48 for them so they stayed there. 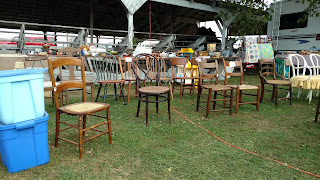 Hubs just told me one thing before I left the house, he said, "No chairs"...well jeez, when they jump out in front of me...what am I supposed to do!!!!!!! 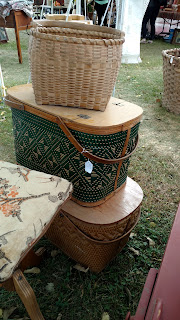 mmmm, look at that pretty green picnic basket...I left it behind too, it wasn't in very good shape on closer inspection. But I do want one like that..... 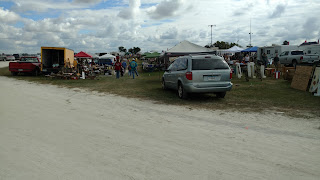 I tried to get a veiw of the rows and rows of vendors inside the dirt race track, not too successful. 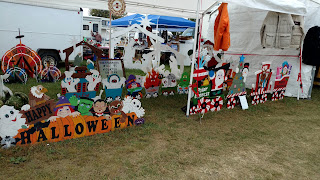 There were quite a few handicrafts folks there, and they were ready for fall with lots of outdoor decor. 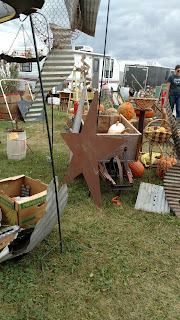 I thought about one of those corrugated metal pumpkins, but decided against it...lots more to see here!! 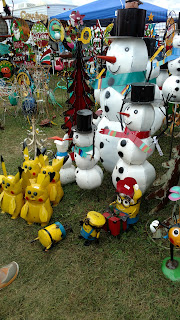 Look iron pikachu, and iron snowmen, what a cool bunch of yard art! 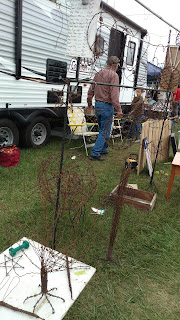 I chuckled at the barb wire yard art too. 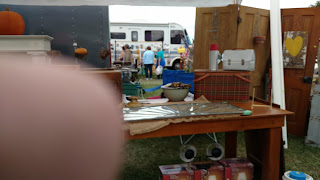 Oooo, look there's another picnic basket...darn $22 and not in great shape, it's not like there's a basket shortage! And notice that silver lunch bucket on top there-I can remember my Dad had one like that for a lot of years! 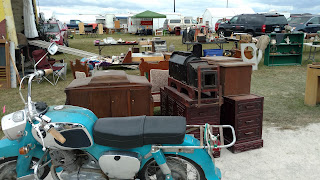 I swear there was so much to see, there was one guy who had a truck load of banana boxes just full of junk, spread over about 20 tables-people were rooting around for treasures there for only $1! 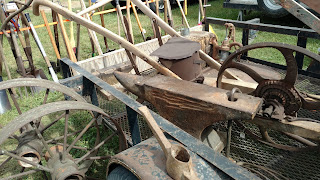 There was even an anvil, Dad! It was a huge one, and a littler one too, but they were in pretty beat up shape I thought. SO the next time I'll know what to expect, the flea market happens in May of 2017 next! 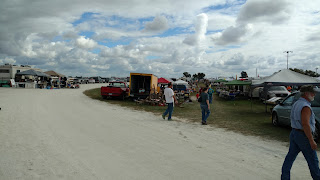 Posted by knuckstermom at 7:26 PM

Email ThisBlogThis!Share to TwitterShare to FacebookShare to Pinterest
Labels: What Cheer Flea market