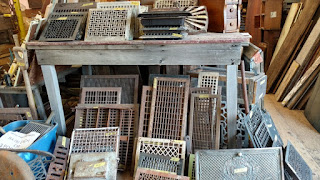 SO I popped up to the folks' house and we stopped in Marshalltown , Iowa to
Relics Midwest   they had a big sale advertised on Facebook,Relics Midwest so I drug mom & Dad along to look around. They had never been and neither had I. Lots of doors! And look at the registers! 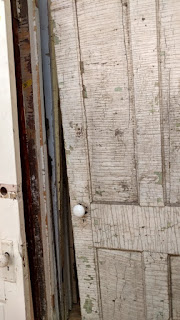 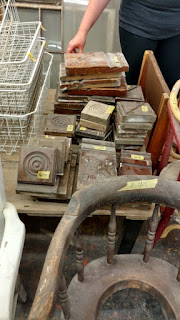 One was this teapot-I bet it's called something else-that fits on the hole of his stove out in the garage. Looks pretty good, doesn't it? He said he had been on the lookout for one for awhile that was the right size, so SCORE! 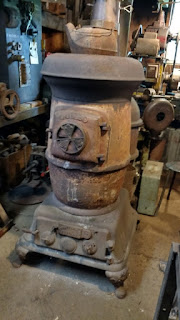 And I checked on the anvil stock. Yup, still plenty of them around. Seems like a lot more really big ones though; 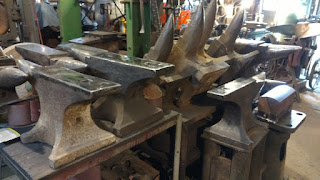 I made Dad take a picture....oopsy a little blurry 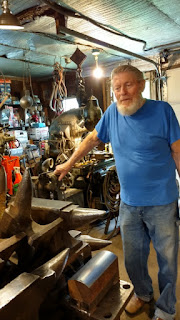 There's a better one! 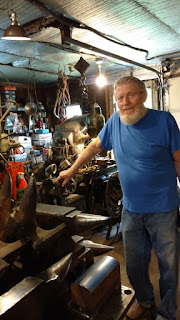 The anvils are always interesting to see. 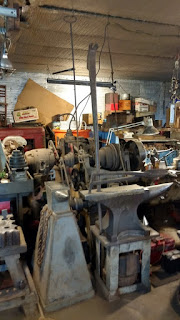 This big one is actually part of the base...it's a mystery kind of, Dad says it's unique. So that was all the fun I had there. 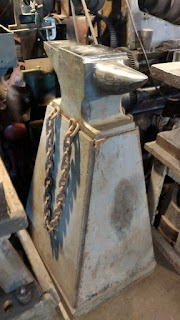 Then on the 4th I was up early to hit the Ackerman Antique/flea market at the Johnson County Fairgrounds in Iowa City, Iowa. 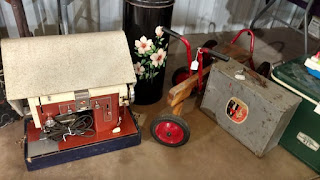 This is a really big event. I always see stuff I've never seen before-look at the size of these crocks!! 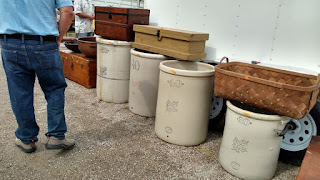 This booth was my absolute favorite-total Mid Century Modern.... 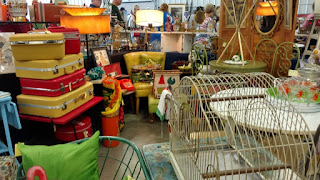 Look at those glasses, oh my goodness-If I didn't hate to dust so much I'd have that cool lamp! 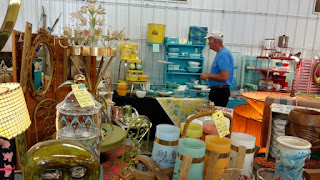 They even had a little bit of Jadetite-I think DD has some of these bowls though-I really should get a list from her. 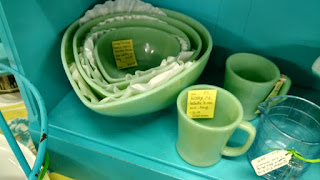 WOW! I've never seen so many figurines in one group. There's a whole city worth of people here!!LOL! And you can have your choice for only $5!! 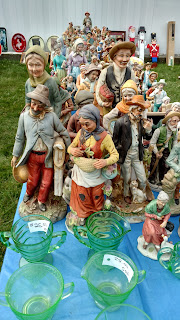 Whoa! Look out-here's couple of escapees from figurine town at a booth a little ways away..... 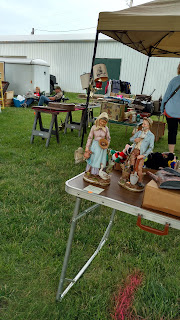 Here's a picnic basket I've never seen before-It's from the Hawkeye picnic basket company and made in Burlington, Iowa. And it's insulated. Pretty cutting edge stuff, and it can be yours for only $200. 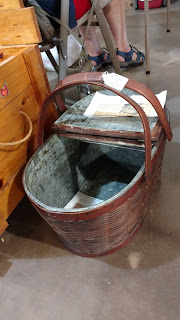 I'm going to get one of these metal baskets eventually, but I'm too cheap to pay $30 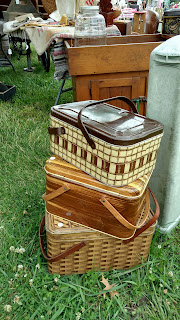 There doesn't seem to be any shortage of them...Mom has one that used to belong to Great Grampa & Great  Gramma Roskamp. 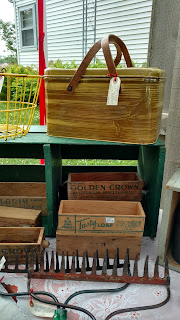 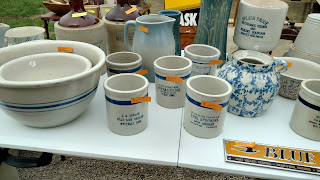 Crocks were there in full force and they seem to be a little pricier than I have seen in the past. 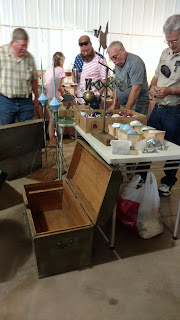 The lightening rod trend seems to be going on-I love the one I have from DD out in my garden.... 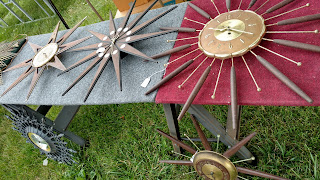 And I love the great mid century look of these clocks, but I already have a nice one from Anita!

Well I saw a lot there, so it's on to the 4th of July parade in Coralville with the family and then home to Oxford for their parade. Jaymie is running her lemonade stand again, and let me tell you she made a killing! Over $30! 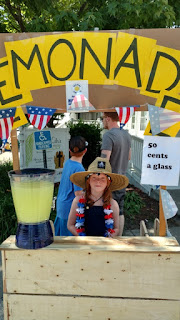 Ben got off work in time to come to the parade. 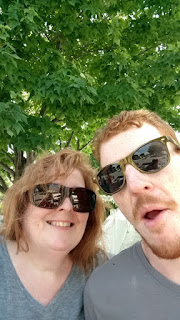 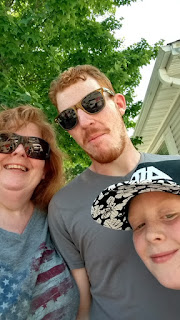 We all had a great time at the parade. 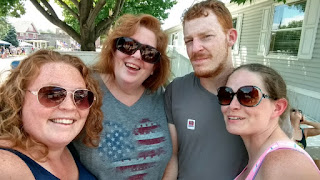 The kids always get a lot of candy and it just wouldn't be 4th of July without the parade! 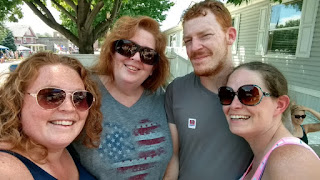 The only thing I bought was this new dog toy for Ringo at the flea market! We'll see how long it holds up. 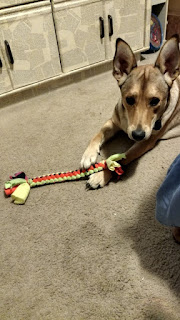 Posted by knuckstermom at 10:18 AM