So I took the Gingers to watch the Cedar Rapids Kernels and the Eclipse at the same time! 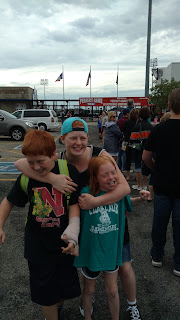 They had a noon game special, hot dogs were only $1! We got there early and had to wait in line for a little while....but we wanted to get the eclipse glasses they were giving away at the gate! 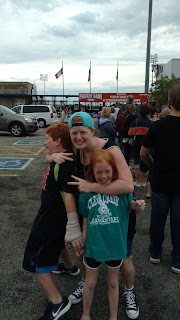 They kept each other entertained..... 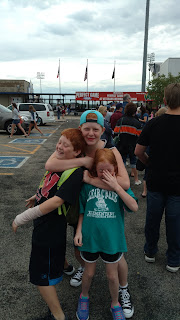 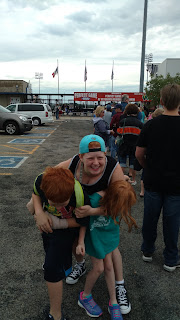 And we had great seats for the game, too bad the weather didn't cooperate very well with the eclipse! 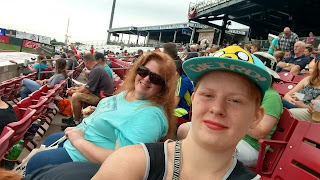 But how bad could it be, as long as there is ice cream?! 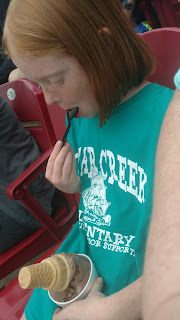 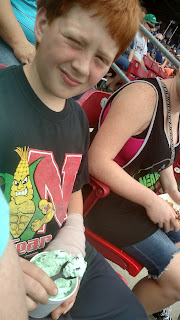 As the eclipse progressed, tit got dark enough that the field lights turned on. It was pretty cloudy though, so it was hard to see much of the actual eclipse. 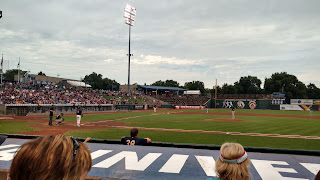 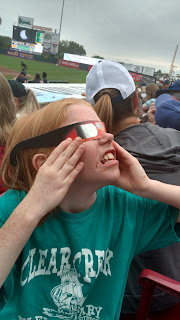 Ice cream face didn't keep her from watching the eclipse...at least what could be seen of it.
The sun was actually, right there! 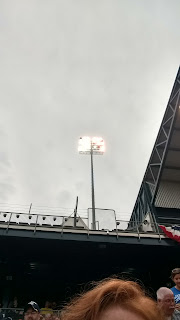 After the game-which had a very exciting double play to end with a win for the Kernels- the Gingers wanted to have photo ops with the memorial tank in front of Veteran's Stadium.... 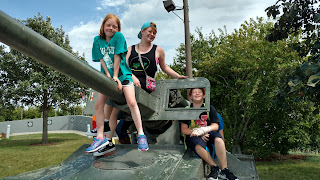 They are pretty photogenic, don't you think? 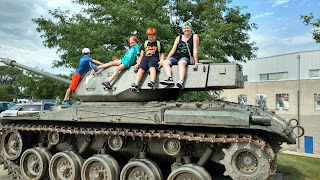 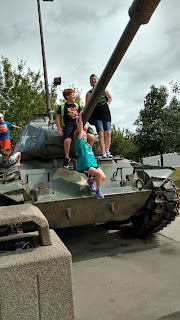 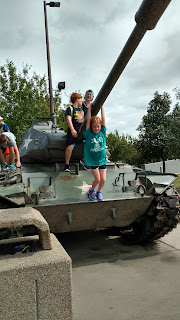 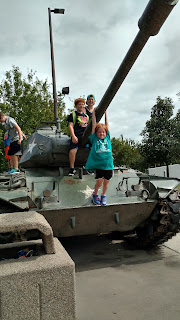 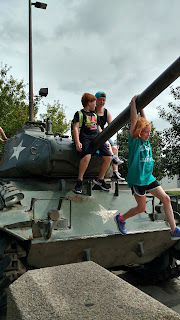 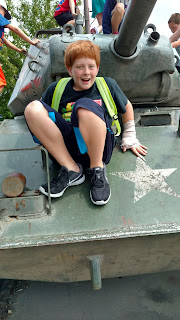 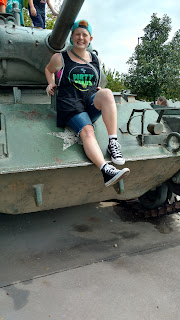 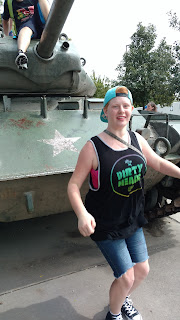 A great day at the ball park overall....and an eclipse for the ages! 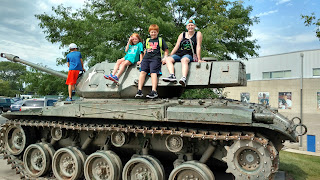 Posted by knuckstermom at 8:56 AM