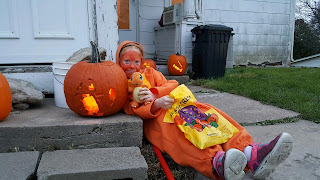 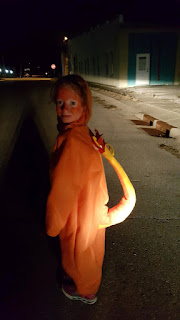 I had to have Dannie get a picture of the tail on Charmander. It's the best part! 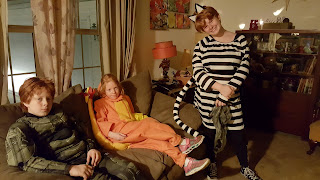 Halloween went well. I was at work, but the kids made quite a haul! It was cold out so they were determined! 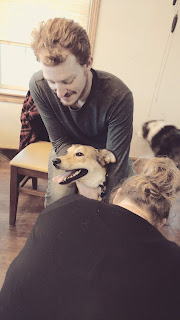 It was also dog mani-pedi day...maybe that's pedi-pedi day for a dog. LOL! Anyways, Ben was the holder, First up was Ladybird, who loves him so much, she just lets him pick her up and Dannie clips her toenails. 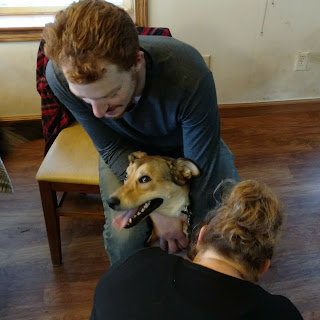 Then it was Ringo's turn. Let's just say Ringo wasn't quite as calm about it. 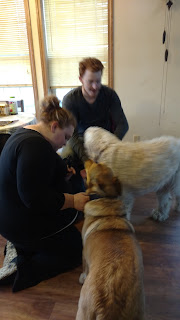 Ben & Dannie tried to clip his nails in various ways..... 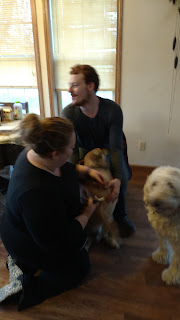 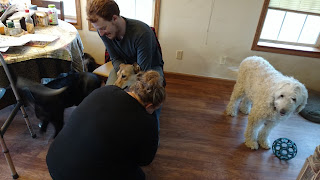 Just enough squeezing to keep him still, but not too much so he didn't squirm. 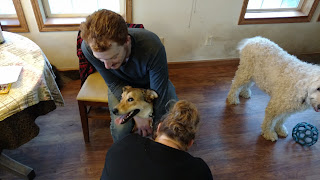 Toenail Success!
Posted by knuckstermom at 8:46 AM