SO, I got the New year off to a good start. I finished my last UFO project before I watched the ball drop. 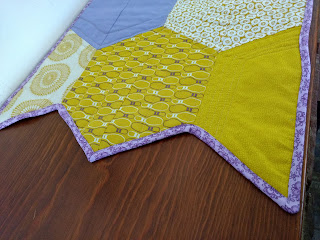 This Hexi table runner was something I put together, but kind of lost interest in, I still don't know if I love it or not, but it's done. 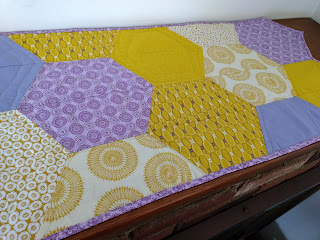 I wasn't too sure how to bind it around the zig zag ends, but it came out fine. 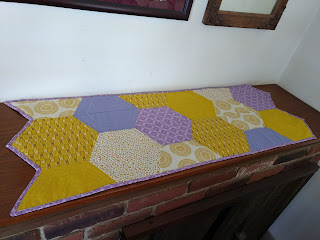 And it looks good on the fireplace. Then this week it's been super cold! Like below zero cold-I had to snow blow for the first time on New Years Eve Eve too! 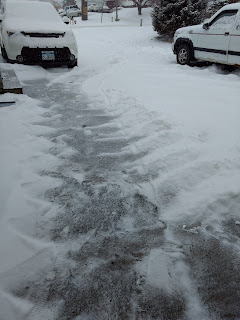 Then last Tuesday morning at 4 am hubby called me at work and said-"hey, do you know how to turn off the smoke detectors?" I said, Are you sure there's no smoke? He said yes and he had used the stick to push the hush button but they weren't shutting off. I could hear them (all 5 of them) going off in the background-so he had to suffer through that noise until I got home from work-I had to work late too! SO I unplugged them all from the ceiling. Did you know you're supposed to replace your smoke detectors every 7-10years? 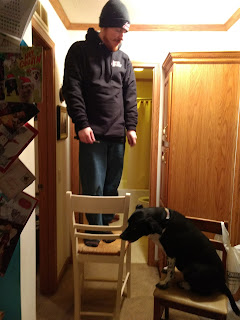 Well I know now! I picked up replacements and Ben came over and helped me get them installed. Look at his silly dog baby Ladybird on the chair helping him! She's a circus dog! Of course the brackets were just a tiny bit different than the old model, a little bit more effort! He did 4 of them in half the time it took me to do one! Thanks Sweetie! 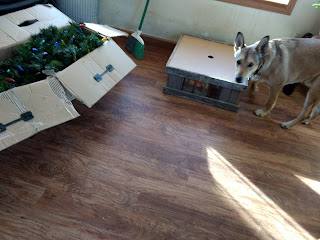 Then it was time to take down the Christmas tree. Ringo helped. I like to think he felt badly because he was the cause of the only ornament breakage this year. 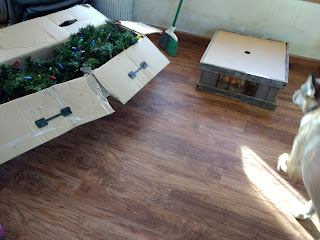 Don't the vintage ornaments look good in this bowl? 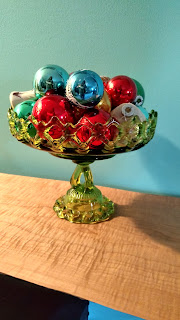 Ringo pushed by me and rammed into the hairpin leg table(he always takes the smallest possible route to squeeze through) and that made a picture fall off the wall, and that landed on the bowl of ornaments. And of course it broke one of my favorite vintage ones! Oh well I'll find some more I'm sure. 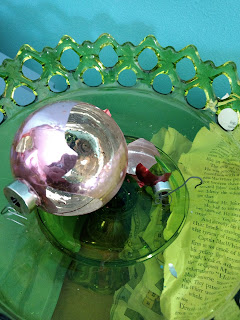 Sad news too....Dannie hit a deer on New Year's Eve night, and poor little Sparky car is a goner. She was driving down Old Hwy 6 and a deer ran right in front of her. Not an uncommon thing- luckily, she was right near the trailer court so she could pull in there and stay safe and warm. It was below zero of course! 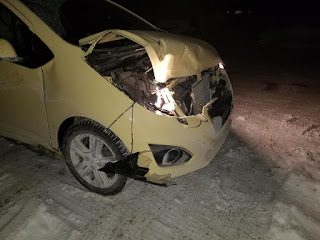 Thank God Dannie & Yeager are fine, but a new car will need to be found! 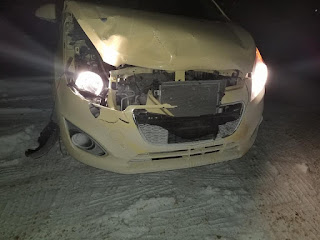 So today we went to the car dealer to look at a model we saw on line. It was almost too much for Dannie to stand! 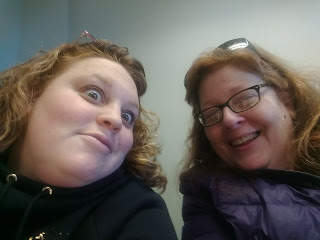 But we got the job done, and here's the new part of our family fleet! 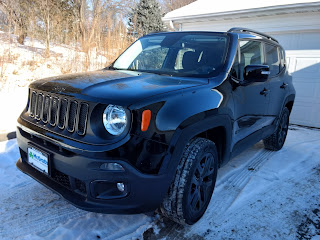 It's a 2017 Jeep Renegade-just like mine, but newer, and has 4 wheel, drive, and a removable sunroof....and heated side mirrors. 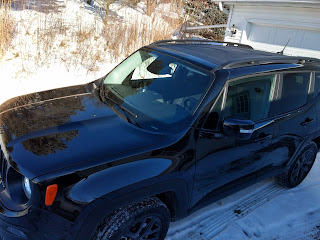 It's really nice car, and we got a good deal on it too! SO January is really off to a busy start! I could take a little bit less busy while I get over this darn cold!!
Posted by knuckstermom at 9:18 PM