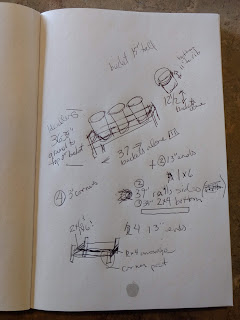 SO we love garden fresh tomatoes in the summer. Who doesn't? They are so good, nothing like what is available in stores. In past summers we've planted them in pots on the deck and in the yard. This year I wanted to try something new. SO I made this highly detailed, perfectly rendered drawing of the bucket garden. Off to Menard's to get some lumber!! 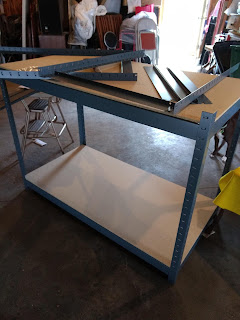 Look! I got Hubs a Mother's Day gift for me while I was at Menard's! I've been wanting a workbench for the garage,and it was on sale! 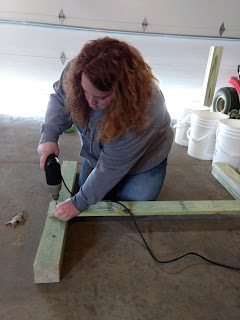 So DD stopped by and helped out with the assembly. Following my detailed drawing, I cut and she assembled. She made fun of my old-school drill (it has a cord) but it works every time I plug it in and it doesn't run out of power. So there HA! 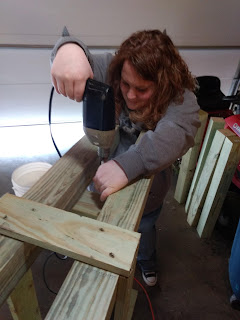 It's been chilly, but I want to be ready to put those tomatoes out as soon as we can! It occurs to me I could have save a couple of bucks by making the corner posts shorter.....maybe next time! 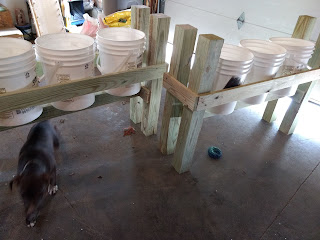 There! All done and ready to go! 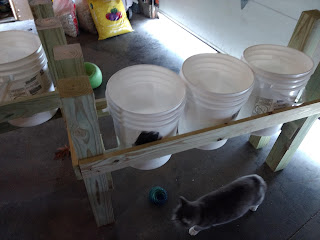 And now 3 weeks later I'm ready to pot some tomatoes. We drilled holes in the bottom of the buckets, and I dumped in some rocks before filling with dirt. 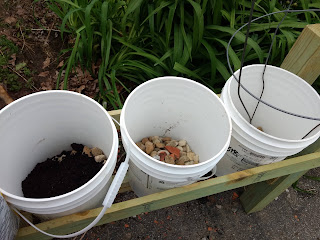 Ringo is inspecting the work.... 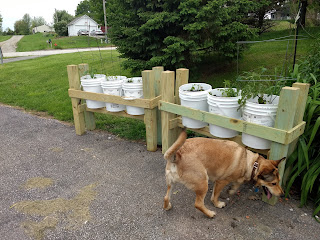 He approves! We've had a ton of rain in the last few weeks and it has been unseasonably chilly! But the plants we bought have been sitting out on the porch and they really need to get into their new buckets. 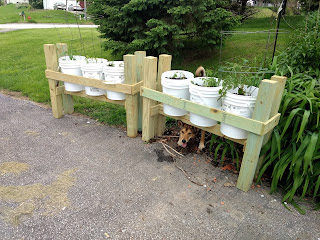 Look at the river we had in the back yard on Saturday! 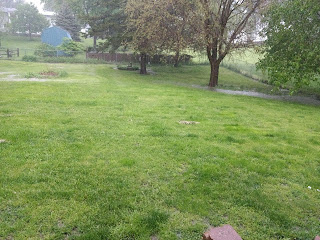 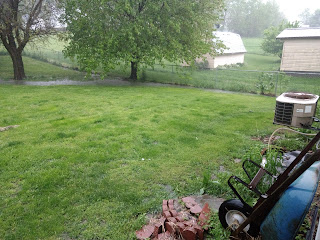 Well I'm glad the planting is done-we'll see what happens with the bucket garden. 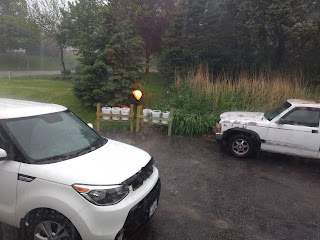 Posted by knuckstermom at 8:31 AM

buy those little toppers for the posts. That will make it look like you did it on purpose!