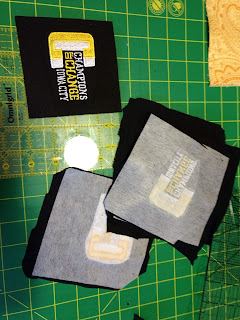 So where I work, we have uniform shirts. They're pretty nice, you can choose a cotton pique fabric or the Dri-knit poly fabric, but they all have Champions of Change embroidered on the chest. Sometimes we get a pile of used shirts that people have returned when they left employment or they changed sizes.  I saw a pretty big pile of them the other day and got to thinking about a quilt. 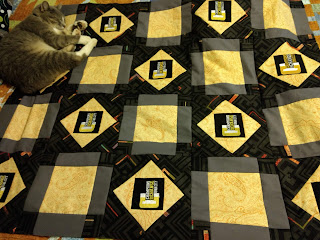 I got a pass out slip to take some home. And then I went ahead and put fusible on the back of the embroidered area. I could only manage to get a 4" square out of them, because most of the shirts were ladies size small and I couldn't get more space between the CofC and the placket front of the shirt. 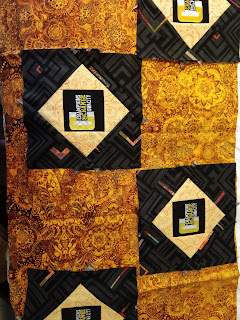 I'm just winging it here, I thought I might like this awesome gold fabric, but it seemed so dark. 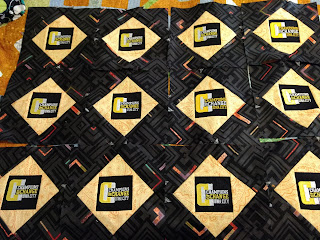 Or maybe no blocks in between, but that was pretty small only about 30"X40"ish. I settled on a nice gray solid-Kona from JoAnn's. I made the 9 patch blocks and  added a 6" border along with the last little bits of the black print and the yellow paisley print made it pretty good size about 46"X62"ish. 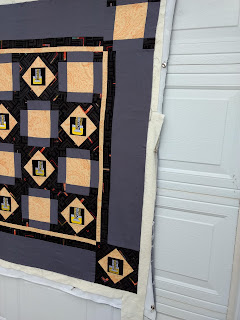 I took it out to the garage door to spray baste it in the morning so it was still shady-it's been sooo hot here! 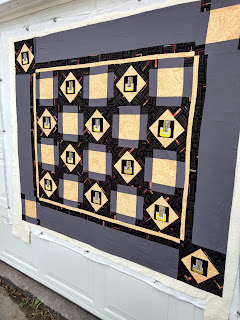 I don't know if I'm crazy about the gray borders, but it's done now! 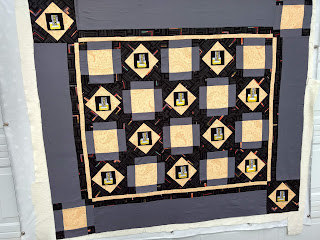 I used all of my batting scraps to put together the warm and natural cotton batting and I used Minky from Hobby Lobby for the back. 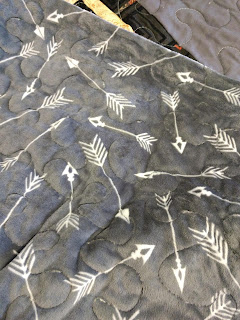 Here it is after a wash and dry in the dryer. This minky is really low pile, but has a deep nap, some of the stitches really pulled the fibers. 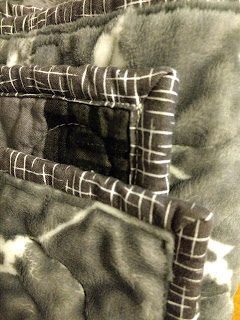 I just did a fast meander-my favorite-to quilt the whole thing. Those are some pretty good looking corners don't you think! 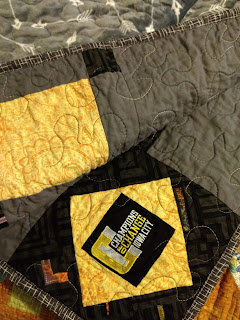 I used a black and white and gray variegated thread from Coats & Clark. 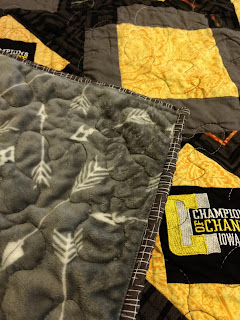 See how that nap looks when you pet ti the wrong way? It is really soft though. 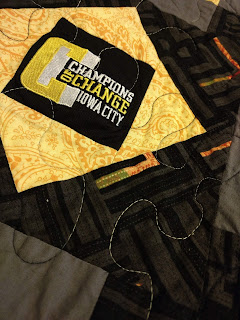 Well this idea went from my head to done in about a week. I just made it up as I went along and it came out pretty good for a rookie! 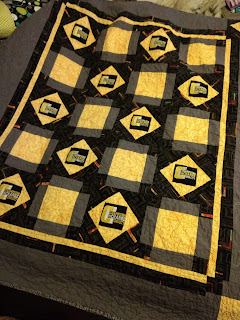