It's always Something Part II

So, I got home from work a little later-I had to stay over for a little while, we were a little short staffed-anyways, I get home and I keep hearing this little chirp, chirp....OMG! NOOOO!!! It's the smoke detector! It's crying for a new battery......So after getting some sleep, I replaced all 5 batteries in the detectors. Maybe you should too. 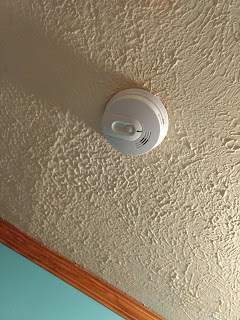 And in other news, We got DD a new car. As you know from previous posts-the Jeep was some kind of accident attract-er. This last one was the last straw. So we had been looking at some different options. And here's what we got. The Kia Seltos. It's a lovely orange-ish color, called Mars Orange. 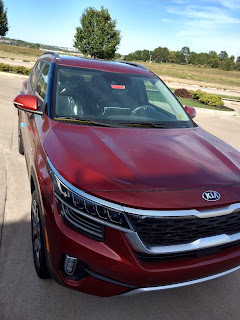 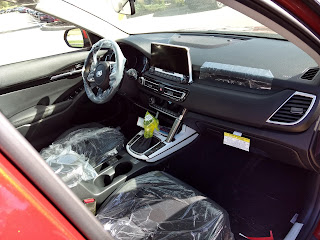 The dealer had just unloaded a new turbo equipped Seltos so we got to drive it-even before it was all unwrapped! 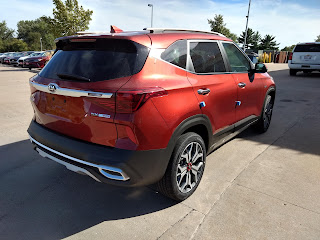 These cars are flying off the lot. We looked earlier and saw two on the lot, when we went back later, they were sold!! So DD took this one for a test drive and fell in love! The Turbo was actually worth the extra money...at least we think so! 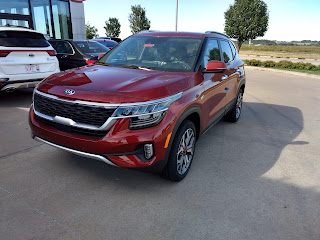 I'm so glad to have her in a new car-one that I hope isn't jinxed! 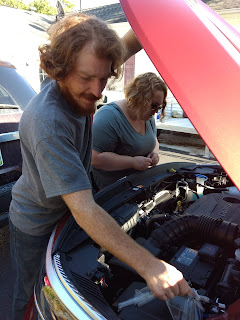 When we got it home on Monday, Brother was keen to have a look! He's all about the Turbo! 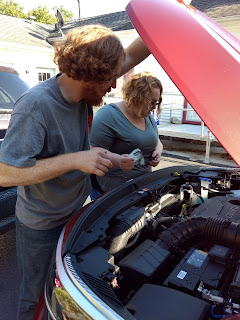 Then we went on a little test drive! 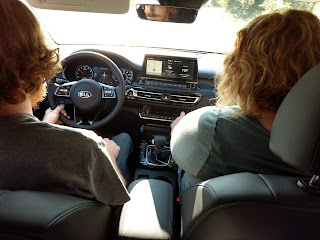 Such fun to hang out with these two! They got busy and got the Seltos connected to the phone and setting up all the bells and whistles this car has available. Lots of safety stuff too. It almost drives itself. 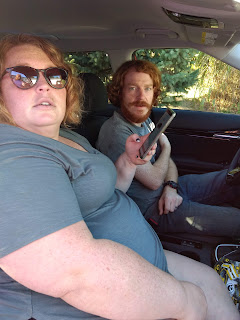 So far so good. It's been a week and no incidents! Phew!
Posted by knuckstermom at 4:39 PM