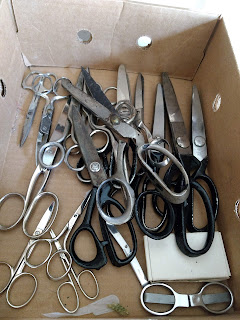 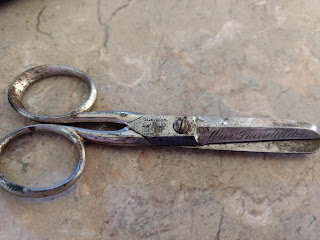 SO I went to a yard sale over in West Amana. I got a box of scissors. This pair has me confounded though. What does that say on the blade? 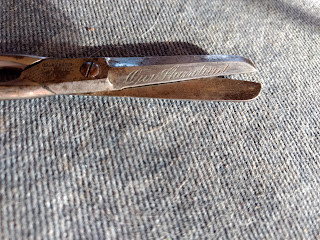 I can't quite make it out and it's kind of making me crazy. 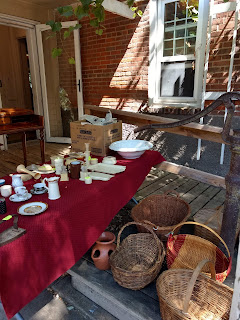 They had a lot of stuff-it was a kind of estate/benefit for the Amana Arts folks. 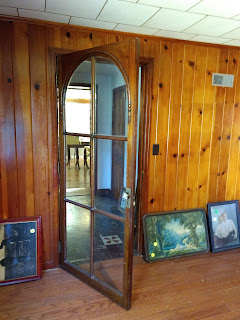 I loved the door on the entry way to the house. It was like a breezeway with two of these curved top doors! So pretty! 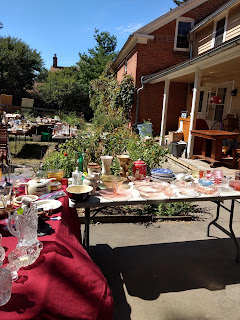 Anyways, it was nice to get out a little bit! Then the next day DD brought me home these!
Isn't she just the BEST! She was at an antique store somewhere and saw them! 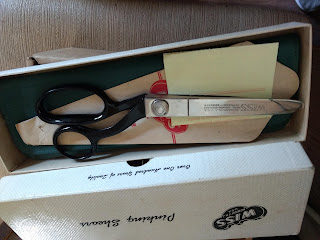 I always say that Wiss Scissors are the best and these pinking shears are smooth and nice feeling-and really heavy!
And the Big Deal Bean is getting settled into their new home!! 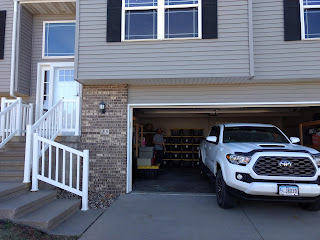 We've been hauling a little bit over there off and on. They are getting new flooring so aren't entirely moved in yet. Such a great home for them-4 bedrooms and THREE bathrooms!! I'll post more about that later!

Posted by knuckstermom at 5:15 PM