So I got this little tool at the quilters market a few weeks ago and took it for a test drive. It's just a square of plexiglass with lines and little rubber feet that elevate it over the seam line. It's called the Mini Twister-it comes in several sizes-but I chose this one. 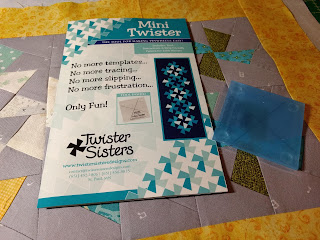 You essentially make a quilt then cut it up. See, I sewed all the 4 patch squares and then cut them using the tool. It leaves a lot of waste. I didn't really like it. Yes, it's a pretty nifty looking block, but it's like sewing two quilts and only getting one! 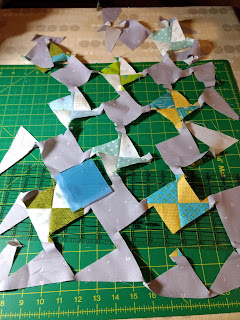 So it is a pretty block-you di have to keep them in the order that you cut them out too,  though and that was hard for me. I just used some scraps from the bin to do this little practice bit. 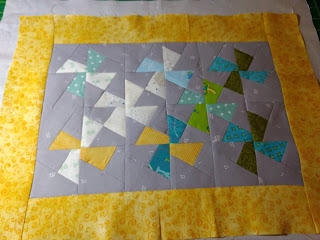 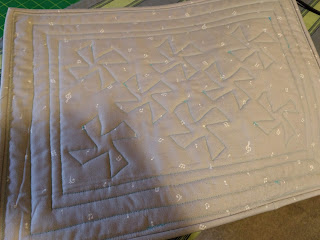 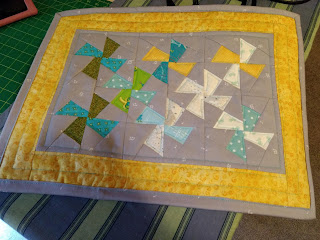 Probably no more Twister blocks for me!
Yesterday was also my Brother's funeral. He's been placed at the Iowa Veteran's Cemetery. It was really a very nice little service. Just very hard to believe he's gone.

Posted by knuckstermom at 3:45 PM